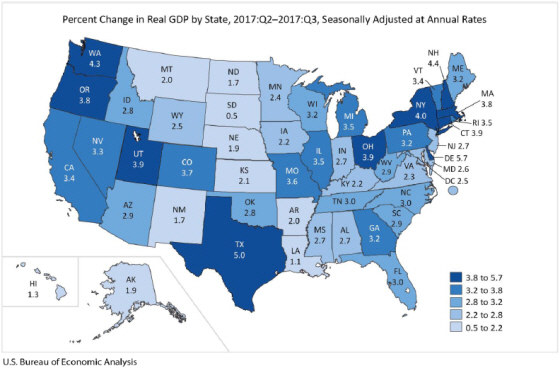 Arkansas’ third quarter growth rate represented a deceleration from the rapid expansion reported for the previous three quarters.  Recent revisions had shown that Arkansas GDP growth had averaged 4.1% from 2016:Q4 through 2017:Q2.  On a year-over-year basis, the third quarter figure — combined with the previous three quarters —  was up 3.6% compared to the nation’s 2.2% rate. 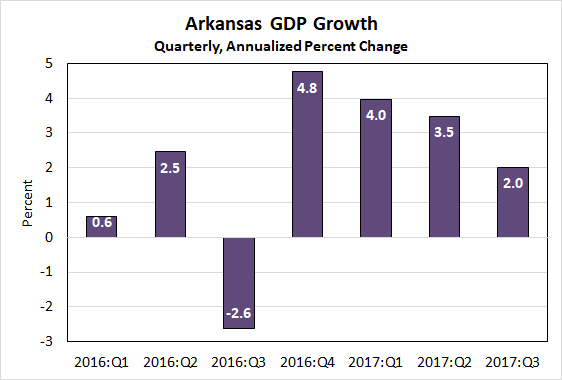 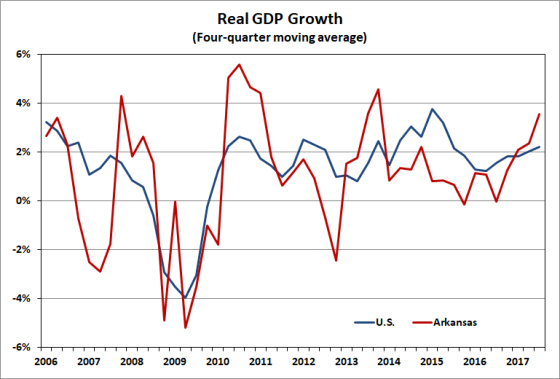 The breakdown by sector suggests why Arkansas GDP growth slowed relative to previous quarters and relative to the national average.  The BEA reported that Finance and Insurance sector was a major contributor to growth nationwide; and at the other end of the spectrum, Agriculture, forestry, fishing and hunting showed its fourth consecutive quarter of decline.  Finance and insurance contributed positively to Arkansas’ growth rate, but represents a relatively small share of the state’s economy.  Meanwhile, agriculture represents a relatively large share, and the Arkansas economy has not escaped the brunt of that sector’s downturn. 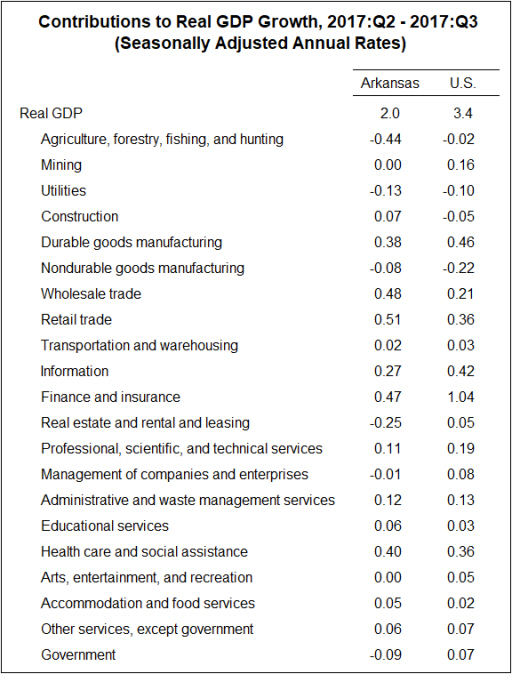 The state-level GDP estimates are subject to considerable revision as additional information becomes available.  The next report, scheduled for May 4, 2018 will release revised statistics for the first quarter of 2014 through the third quarter of 2017.