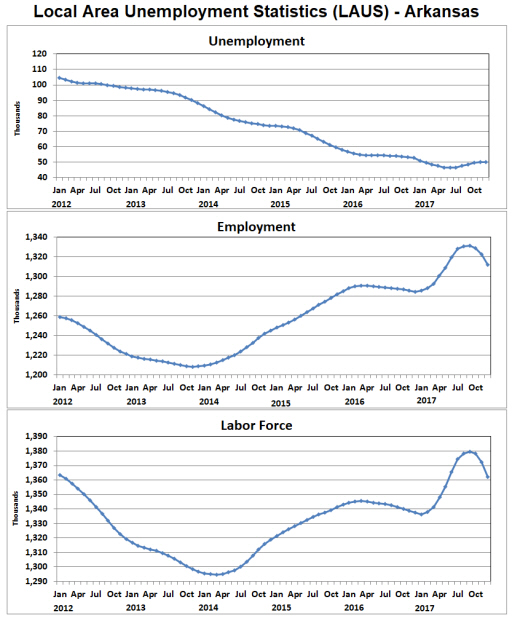 Payroll Employment
Nonfarm payroll employment declined by 6,500 jobs in December (seasonally adjusted).  The decline was broad-based, affecting both goods-producing and service-providing sectors.  Professional and Business services, a sector that has been leading the way in job growth in recent years, declined by 1,700 jobs in December.  Leisure and Hospitality services were down by 800 jobs.  Educational and Health Services continued to expand (+500 total), with Health Care jobs increasing by 400. 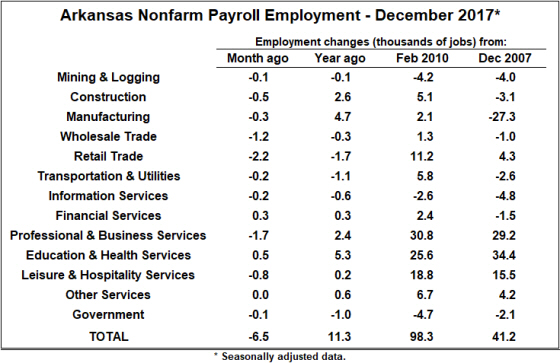 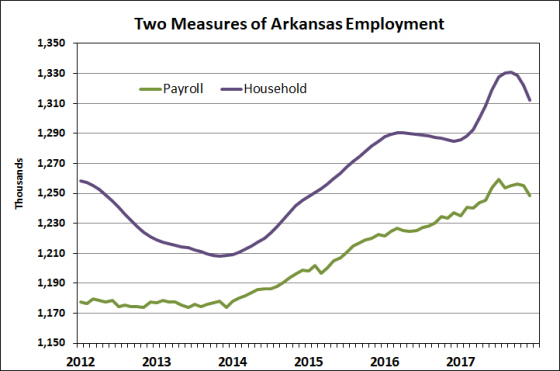