The latest information on Arkansas employment and unemployment was disappointing, with both the household and payroll reports showing weakness in November. 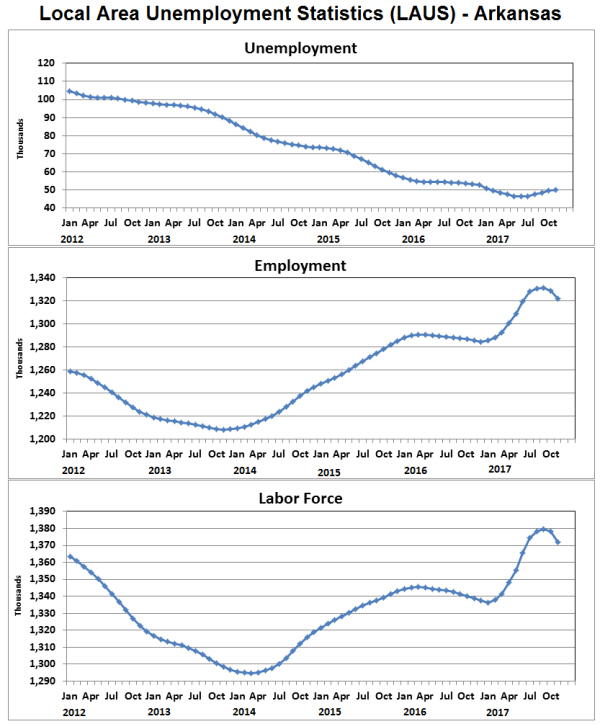 Payroll Employment
Total nonfarm payroll employment declined by 2,100 in November (seasonally adjusted).  Moreover, the previously-reported total for October was revised downward by 2,000.   The November decline included a sharp drop in Leisure and Hospitality Services (-1,900 seasonally adjusted) which contracted by about twice as much as typical seasonal patterns would indicate.  The Arkansas Department of Workforce Services reported that the decline was at least partly attributable to “reported staff reductions and closures at full service restaurants.” Other sectors contributing to the decline included Retail Trade, Transportation and Utilities, Other Services and Manufacturing. 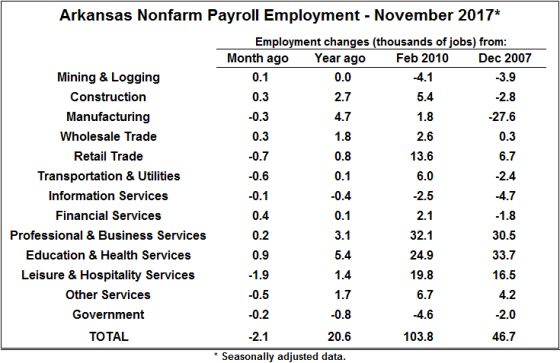 Compared to a year ago, payroll employment is up 20,600, with gains in nearly all sectors.   As in the case of the household survey, slower growth is a recent break from the strong growth exhibited earlier in the year.  As the comparison below illustrates, the household and payroll reports do not always give the same signals, especially on a month-to-month basis.  For 2017, however, both are showing a rapid growth trend over the first half of the year, with signs of weakening in late summer and into the fall. 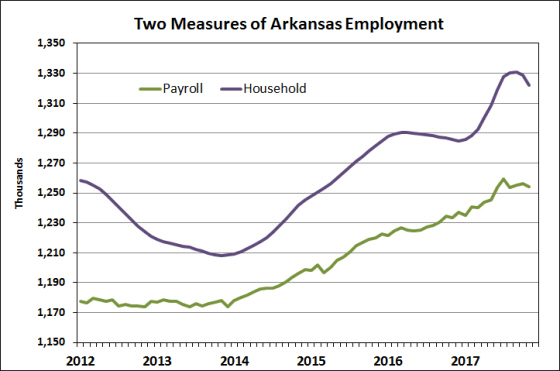