The Arkansas Realtors® Association gave us a two-for-one special yesterday:  home sales statistics for both May and June.  Compared to the previous year, sales of new and existing homes were up 7.3% in May and up 0.2% in June.  As shown in the figure below, sales are showing their typical seasonal increase for the two months, but the trajectory shows little apparent improvement over the weak sales totals we saw last year.  For the first six months of the year, total sales were 11,687, up 4.3% from the 2011 pace. 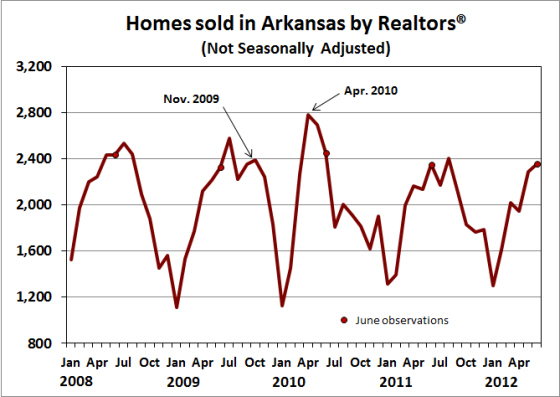 The slow rate of increase in home sales is illustrated even more clearly after the data are seasonally adjusted.  As shown in the figure below, monthly sales have been hovering near the 2,000 per month pace for the past several months.  Relative to that trend, however, the months of February and April were particularly weak.  After seasonal adjustment, the sales pace in June was running right at the 2000/month rate. 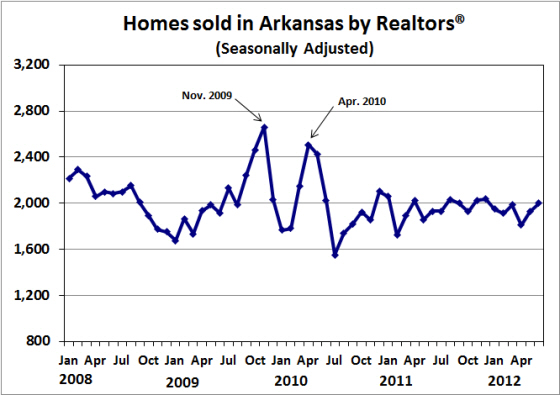 Month-to-month changes in home sales can be subject to short-run idiosyncratic developments, so it is helpful to look at quarterly average figures to get a better sense of trends.  With April and May running below trend, the sales total for the second quarter declined from its first-quarter pace. 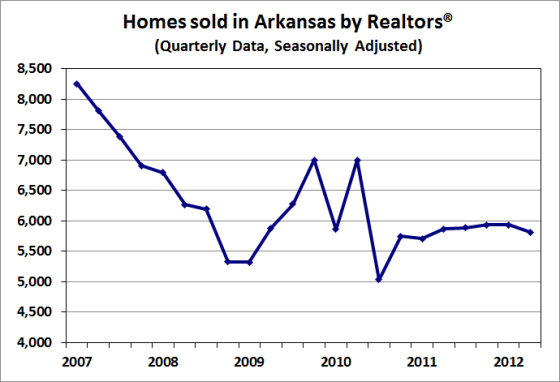 Our most recent forecast for 2012 home sales was 25,000, up 7.5% from 2011.  If sales are to reach that total, we’ll have to see some improvement in the second half of the year.  Given the usual seasonal pattern of home sales, the months of July and August will be crucial.