Arkansas GDP grew only 1.3% in 2012, but revisions to prior years raised estimates by an additional 1.3%. 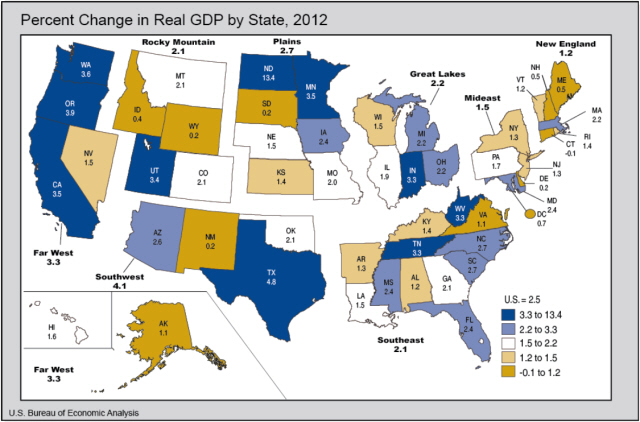 The table below shows the breakdown of GDP growth by sector, comparing Arkansas to the U.S. total.  A number of sectors in Arkansas grew faster than the national average, including Agriculture, forestry, fishing, and hunting; Utilities; and Management of companies and enterprises.  However, several of Arkansas sectors contracted, including Mining and several service-providing sectors. 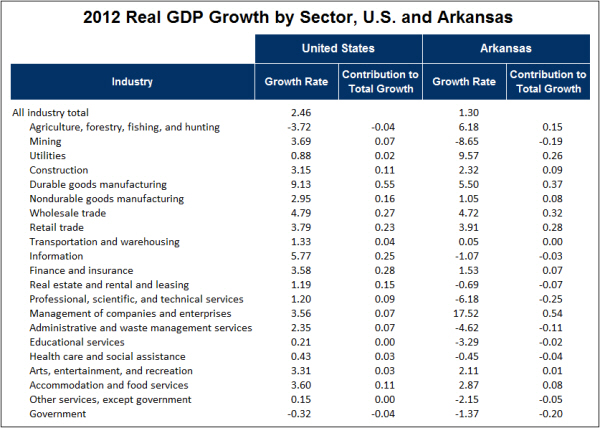 Manufacturing — amounting to over 14% of total GDP — is a far more important sector to the Arkansas economy.  Consequently, even though both durable and nondurable-goods manufacturing expanded last year, the fact that growth was lower than the national average accounted for much of the relatively slow growth in Arkansas’ economy.  If Manufacturing growth in Arkansas matched the national average, total Arkansas GDP growth would have been nearly one-half percentage point higher.

It is important to note that today’s data for 2012 are preliminary “advance statistics,” subject to future revision.  In fact, the revisions of data for 2009-2011 that were released today illustrate the importance of new information that becomes available over time.  As shown in the figure below, Arkansas growth rates were revised upward for each of the previous three years.  For example, growth in 2011 was originally reported at 0.34% but is now estimated to be nearly twice that rate (0.66%).  Even more significantly, the magnitude of the recessionary contraction in 2009 is now estimated to be much smaller than previously-published data suggested. 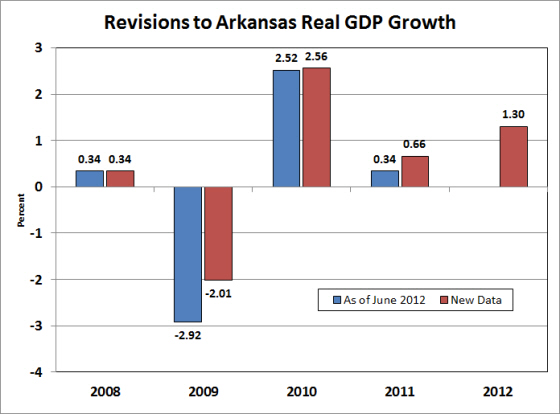 The cumulative effect of today’s revisions was to raise the estimated total of Arkansas real GDP by 1.3% as of 2011.  The 1.3% growth for 2012 comes on top of that upwardly-revised measure of economic activity in 2011. 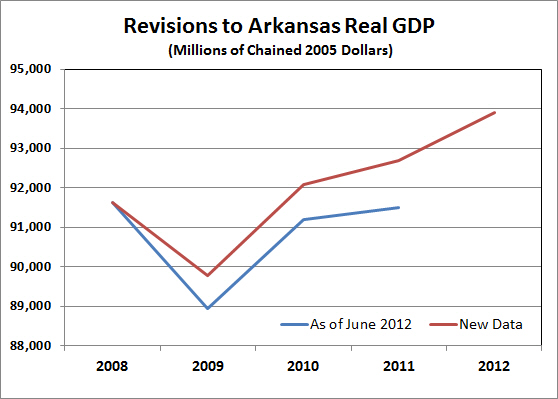