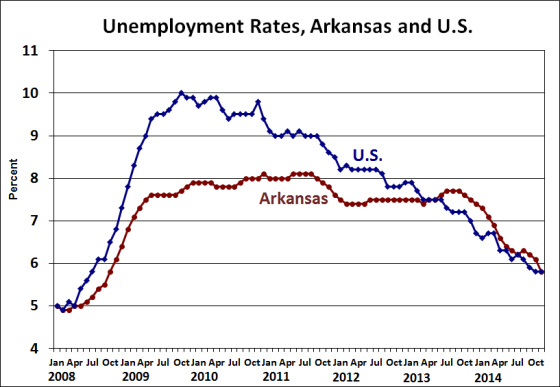 The underlying details of household employment all pointed to improving conditions:  The number of unemployed Arkansans declined by nearly 2,200, following a decline of 1,900 in October.  The number of employed increased by 10,300 — the largest monthly increase on record (breaking the record increase of 9,400 for October).   As a result, the labor force has expanded dramatically over the past two months, erasing a large portion of the decline from earlier in the year.  In fact, this is the third consecutive month of strong gains in household employment and labor force participation. 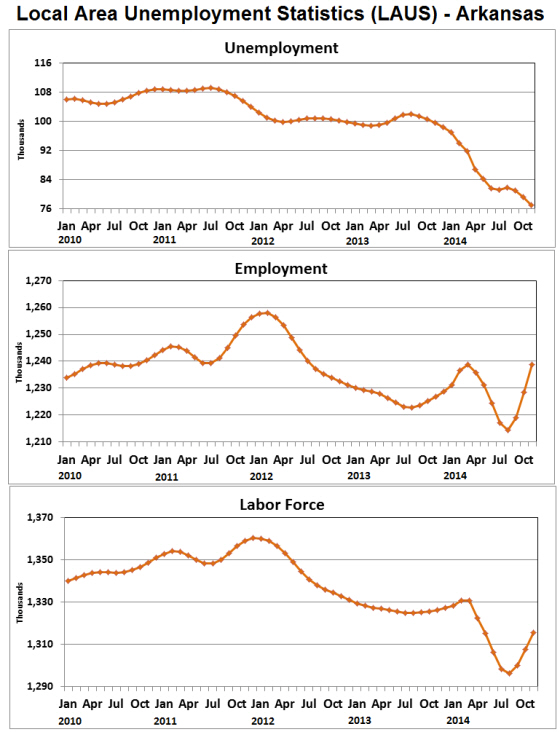 Payroll Employment
The survey of employers also showed strong job growth in November.  Overall nonfarm payroll employment increased by 7,600 (seasonally adjusted).  As shown in the table below, increases were present in nearly all sectors of the economy (with the exception of Information Services, a relatively small sector).  Gains were particularly prominent in good-producing sectors:  Manufacturing employment was up 1,300 and Construction employment gained 1,400.  Gains in seasonally-adjusted Wholesale and Retail trade indicate that seasonal hiring for the holiday season are larger that would typically be expected. 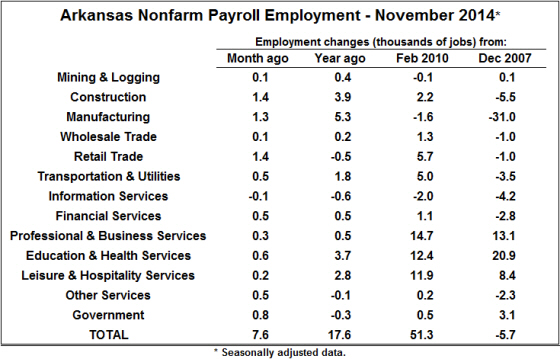 Since the employment low-point of February 2010, total employment has increased by over 51,000 and now stands at only 5,700 less than pre-recession levels.  As noted previously, the annual benchmark revisions that will be released next year are likely to show a downward adjustment to the data.  After the expected revision, cumulative employment gains since February 2010 are expected to be approximately 41,800, still 15,200 below the pre-recession level. 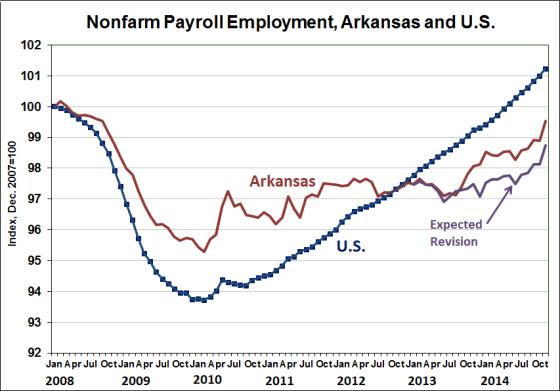