The unemployment rate in Arkansas was unchanged at 7.2% in March.  The household survey suggests that the number of unemployed has stabilized at approximately 96,000, but ongoing decline in household employment continued for a 13th consecutive month.  Since February 2012 household employment has dropped by approximately 32,600 and the corresponding measure of the state’s labor force has dropped by 37,700.  If this entire decline in employment was classified as an increase in unemployment (instead of as a reduction in the labor force), the state’s unemployment rate would now stand at 9.7%. 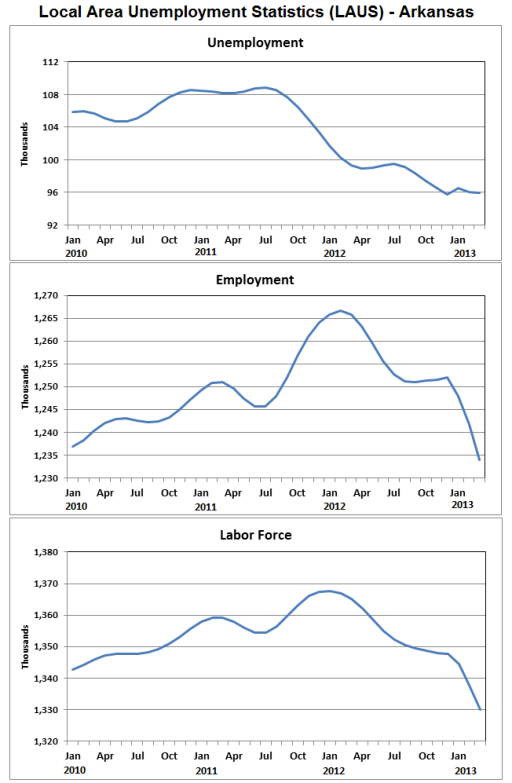 Payroll Employment
The payroll survey continued to show greater strength than the household report.  Total nonfarm payroll employment was up by 2,400 in March (seasonally adjusted), following a revised increase of 3,000 in February.  As shown in the table below, job losses were particularly notable in Leisure and Hospitality Services and Manufacturing.  Without seasonal adjustment, employment in Leisure and Hospitality was up slightly (700 jobs), but that increase is far smaller than would typically be expected in March.  Sectors with notable increases in employment included Construction and Business & Professional Services. 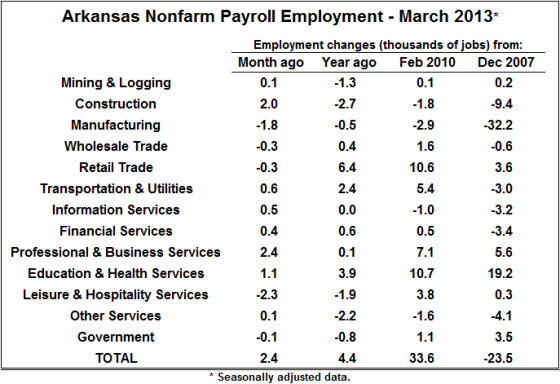 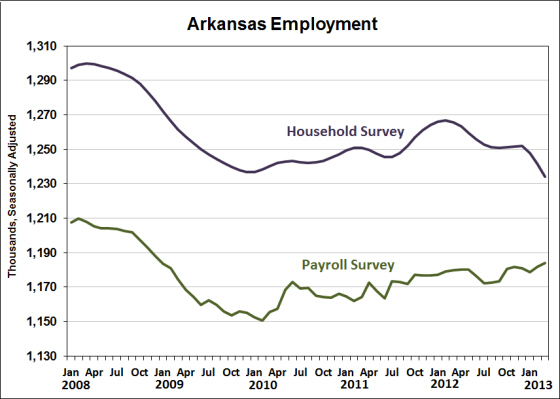