The latest data from the Bureau of Labor Statistics and the Arkansas Department of Workforce Services show continuing stagnation in Arkansas labor markets.  The unemployment rate was unchanged at 7.3%, where it has held for most of the past 18 months. 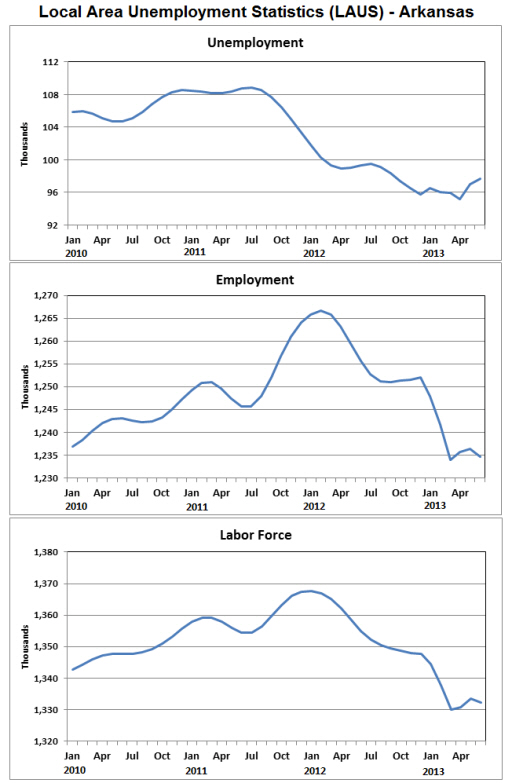 Payroll Survey
The payroll survey showed no change in employment for the month (seasonally adjusted).  Employment declines were recorded in Manufacturing, Financial Services, Professional & Business Services, and Education & Health Services.  Employment in the retail sector fell rather sharply (-1,700).  Other service sectors registered employment increases, led by Other Services (+1,900) and Transportation & Utilities (+1,200).  Construction employment was also up slightly.  Compared to a year earlier, payroll employment was up by 8,500. 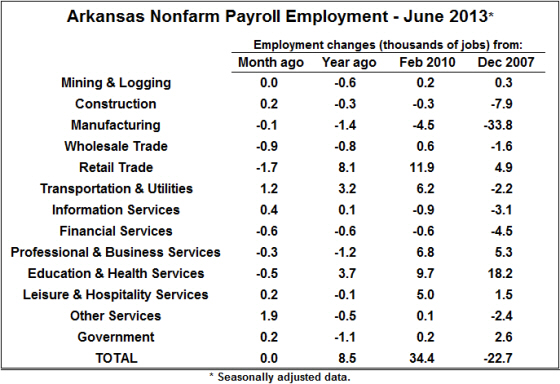 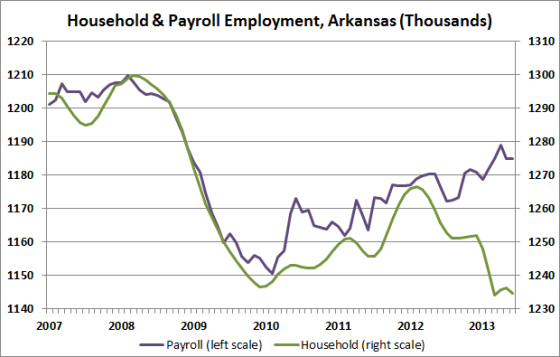 One indication of the eventual reconciliation of these trends is suggested by the most recent data from the Quarterly Census of Employment and Wages (QCEW).  The QCEW data are considered more accurate than the monthly payroll surveys, and are used to revise the payroll data during the annual benchmark revision process.  In the most recent release, the QCEW showed an employment increase of only 1,900 jobs during 2012 (December 2011 through December 2012).  In contrast, the current payroll data indicate job growth of 4,000 for the same period.  This suggests that when the payroll data are eventually revised, they will show slower job growth than current payroll statistics are suggesting — at least for the second half of 2012.