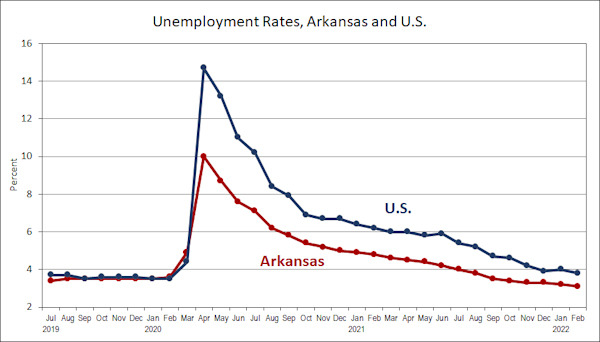 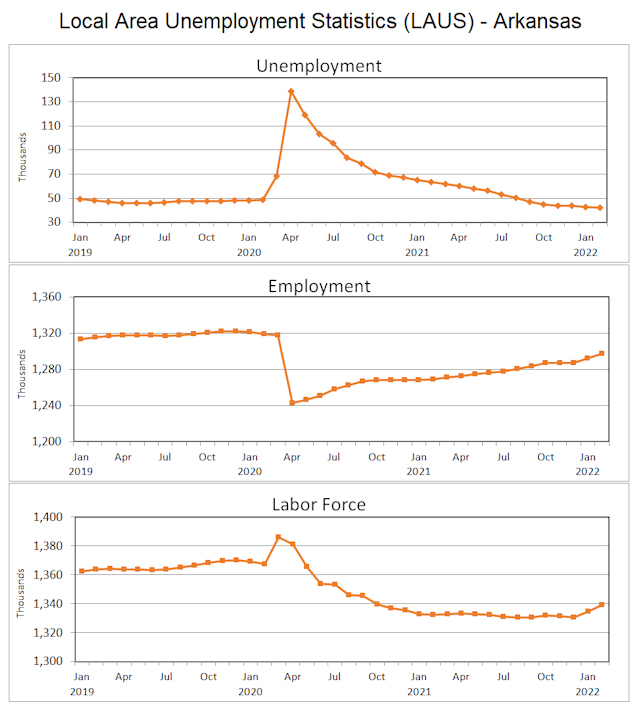 Payroll Employment
Nonfarm payroll employment in February was essentially unchanged from the previous month.  On a seasonally adjusted basis, payroll employment declined by 500 jobs (about 0.04%).  The monthly change was predominated by a decline in Business and Professional Services.  The drop was entirely accounted for in the category of Administrative & Support, which includes temporary workers. Other sectors showed healthy gains, including Manufacturing, Retail Trade, Transportation & Utilities, Health Services, and Leisure & Hospitality services. 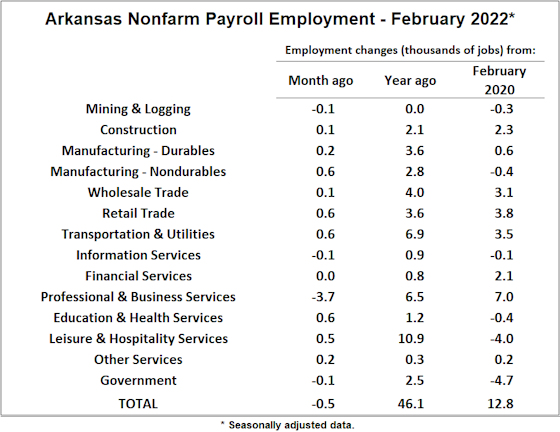 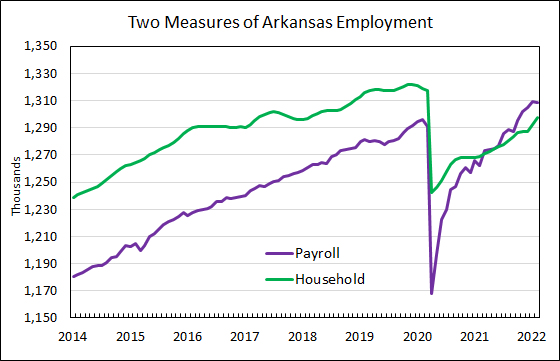 There are differences in the coverage of the two employment series that could conceivably account for their differing patterns of behavior.  First, the household survey is typically higher than the payroll survey because the former includes agricultural workers as well as self-employed and workers in private households.  The relatively slow growth of household employment might indicate declines in these categories of employment.  Another difference is that the payroll survey treats multiple job-holders as multiple jobs, whereas the household survey counts the worker only as employed or unemployed.  Hence, a dramatic increase in multiple job holders could help explain the higher growth path for nonfarm payroll employment.

It seems unlikely that these factors can account for the divergent growth paths. Due to the larger sampling errors and a dependence on modeling, the state-level estimates of household employment are generally subject to greater uncertainty.  Until more information is incorporated and data are revised again next year, the data from the payroll survey should be considered more reliable.