The employment report for March showed the Arkansas unemployment rate unchanged at 3.1% and a negligible change in total payroll employment. 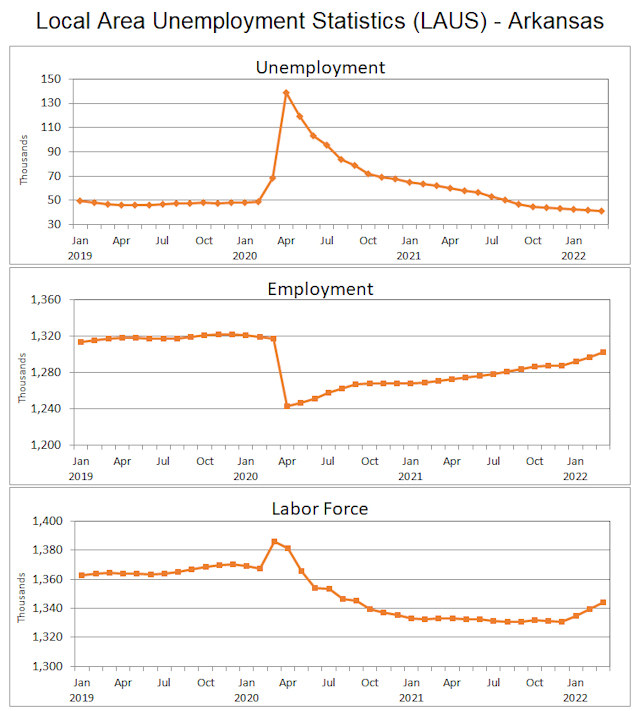 The U.S. unemployment rate had previously been reported to have declined from 3.8% in February to 3.6% in March.  Although the Arkansas unemployment rate is still one-half percentage point lower than the national average, the difference has narrowed to the point that there is no statistically significant difference between the state and national rates. 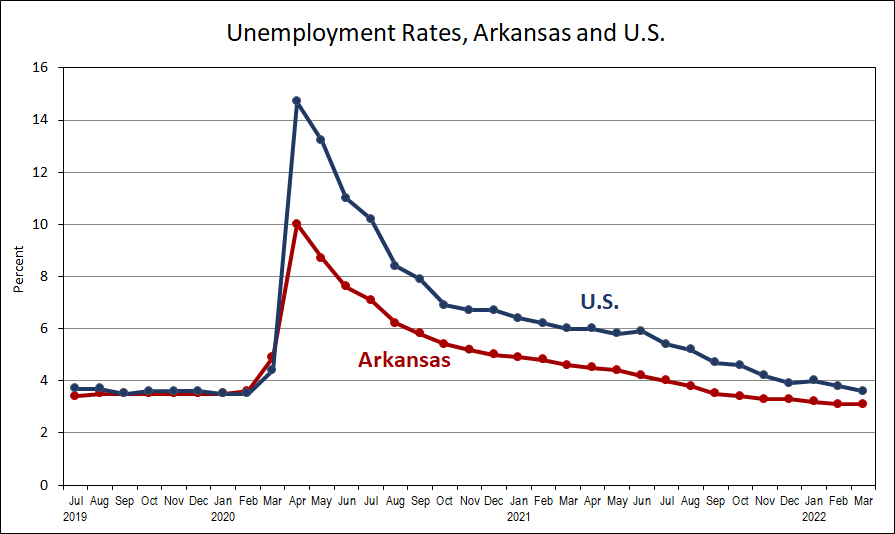 As a result of the strong household employment growth of the past three months, Arkansas’ labor force participation rate has risen from 56.2% in December 2021 to 56.6% in March.  Despite the recent recovery, the participation rate remains nearly two percentage points lower than in February 2020.  The participation rate for the U.S. has also been sluggish, but is down only one percent from the previous cyclical peak. 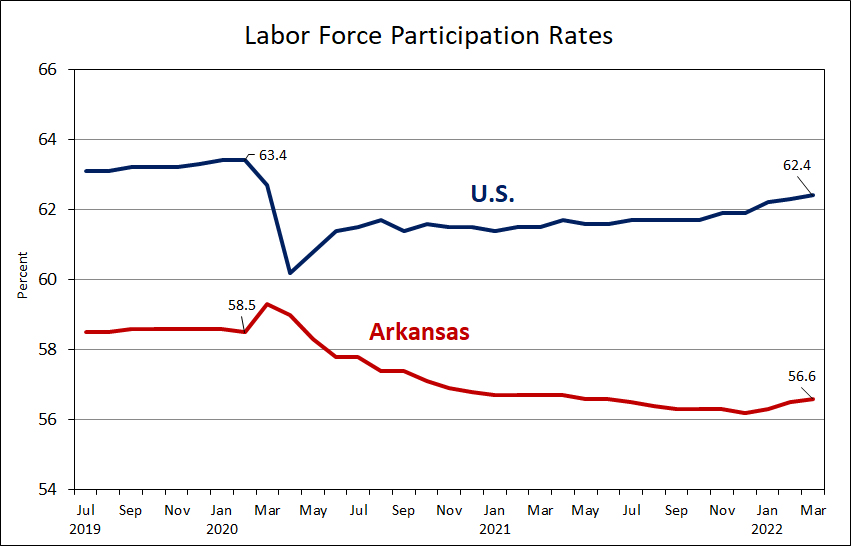 Note, however, that the household measure of employment continues to show significantly slower cumulative growth since the onset of the pandemic-recession than the payroll measure (see below).  To the extent that household employment statistics are understating employment growth, the state’s labor force participation rate could be biased downward. 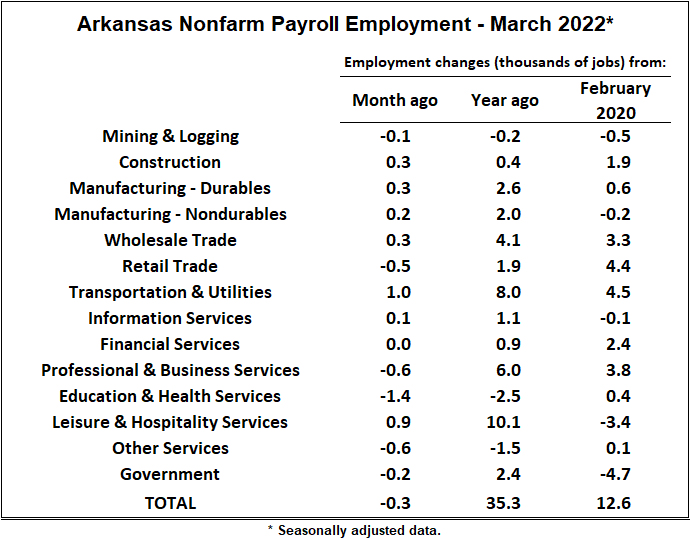 Over the past 12 months, the only sectors showing net employment declines are Health Services, Other Services, and Mining & Logging.  Compared the peak month of February 2020, most sectors are now in positive territory (or close) with the notable exceptions of Leisure and Hospitality Services and Government (where the declines are associated with state and local public education).

Although the pace of payroll employment growth has slowed in Arkansas, the cumulative change since the onset of the pandemic-recession is slightly positive (+0.9%).  In comparison, U.S. payroll employment remains 1.0% lower than in February 2020. 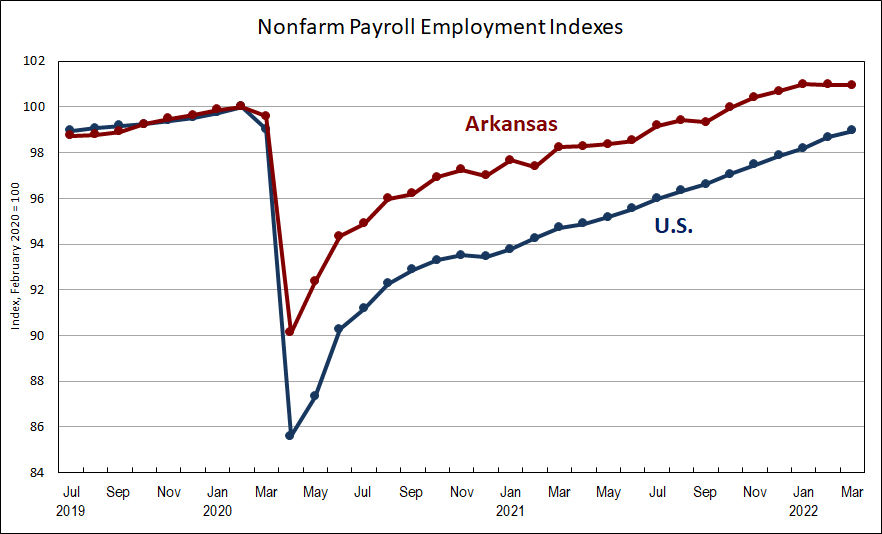 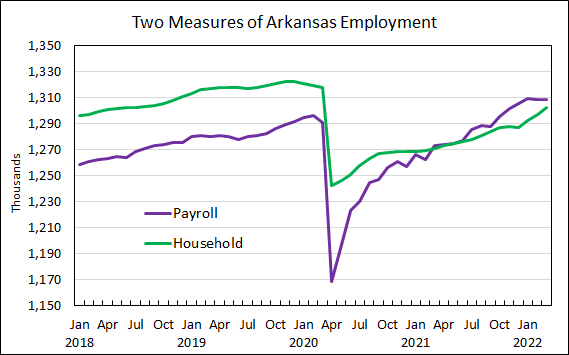