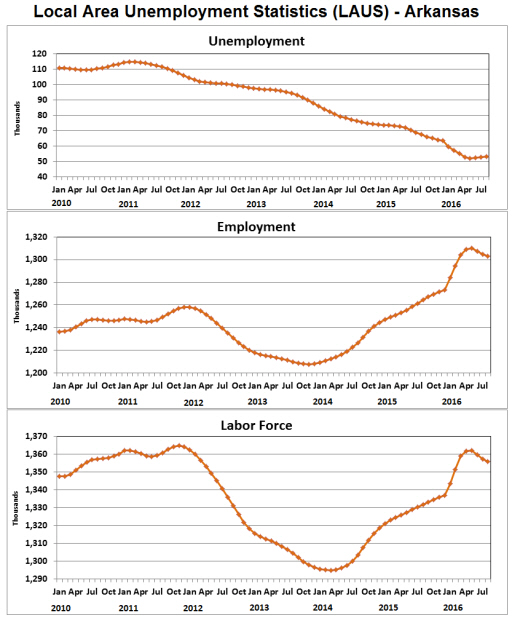 Payroll Employment
Arkansas nonfarm payrolls increased by 3,400 in August (seasonally adjusted). Employment in goods producing sectors was down, while most service-providing sectors expanded.   Particularly strong gains for the month were seen in Wholesale and Retail Trade, as well as Leisure and Hospitality Services. 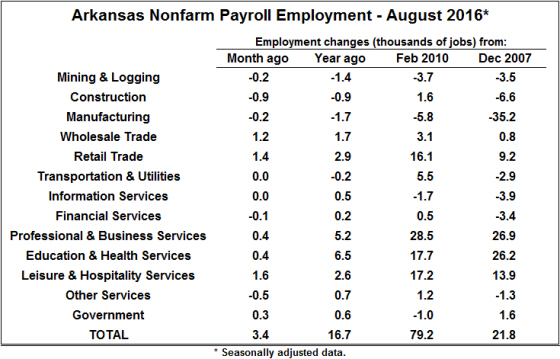 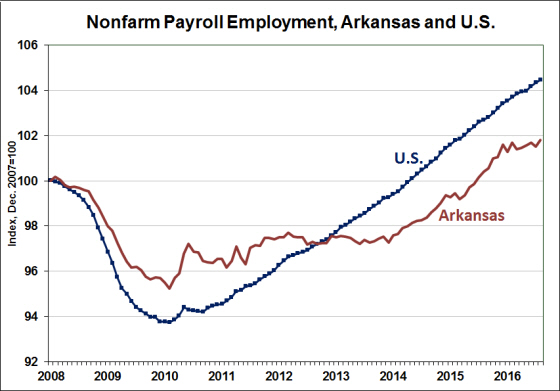