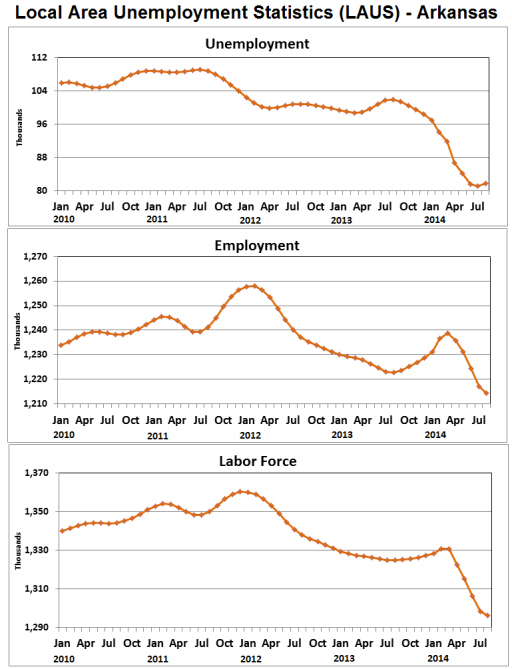 Payroll Employment
Nonfarm payroll employment was essentially unchanged in August (+100 jobs, seasonally adjusted).  Compared to August of 2013, payrolls have increased by 17,600; however, that increase took place almost entirely in the second half of 2013.  Since January of this year, payroll employment has changed little on net (+400). 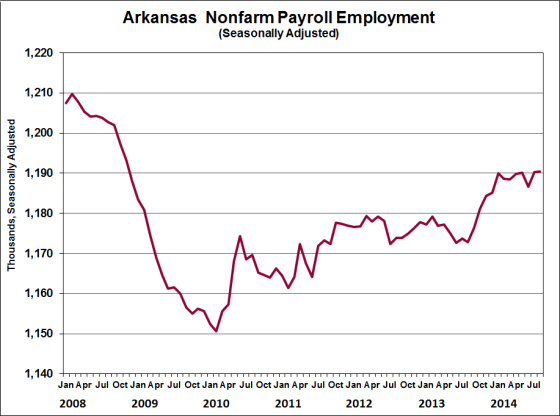 Most sectors were up from a year earlier.  Year-over-year increases in Construction and Manufacturing are particularly encouraging, given the ongoing weakness in those two sectors.  Strong employment gains in Education & Health Services, and in Leisure & Hospitality services are also prominent in the breakdown of job growth.  Three sectors have shown small year-over-year declines:  Information Services, Financial Services, and Government. 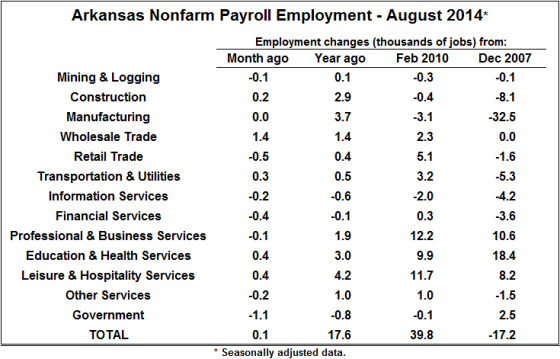