The Bureau of Labor Statistics has completed its annual review and revision of Local Area Unemployment Statistics (LAUS) for 2012-2016.   The data revisions incorporate updated population controls from the U.S. Census Bureau, revisions from other original data sources, and model re-estimation.

For Arkansas, the revisions were not surprising.   The originally published data showed a sharp increase in household employment over the first three months of 2016 — a reading about which we were very skeptical from the outset.   After revision, the unprecedented surge in employment and labor force was eliminated completely.  The new data show more robust growth in employment over most of 2015 and a much smaller upswing/downswing during 2016.  The new data also show that the number of unemployed was lower than previously reported for much of 2015, with a smaller decline in the number of unemployed during the first part of 2016. 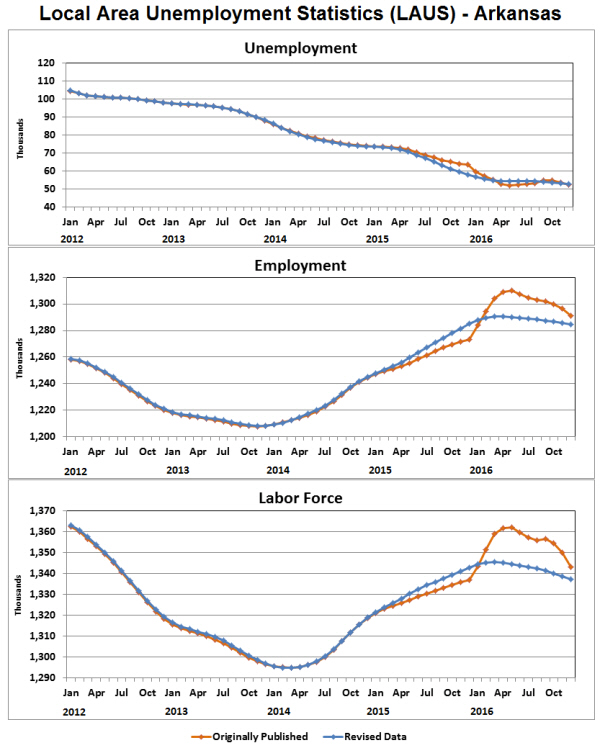 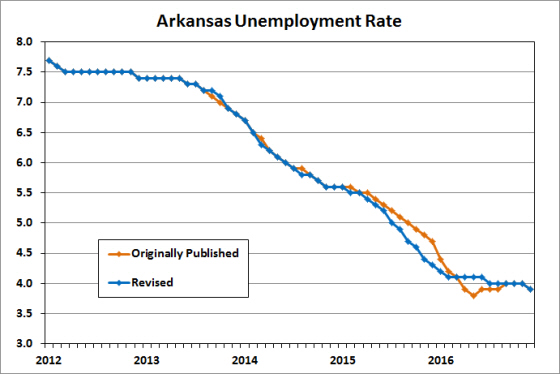 2.  For the year, Arkansas unemployment rate of 4.0% can be considered statistically significantly lower than the U.S. average of 4.9%.

3.  Arkansas was one of only 14 states to show a statistically significant increase in the employment-population ratio (up 0.7 percentage points, from 55.1% to 55.8%)