Yesterday the BEA released state-level data on Personal Consumption Expenditures (PCE) for 2018.  PCE increased by 4.0% in Arkansas, well below the national average of 5.1%.*  Growth rates ranged from a high of 7.3% in Washington to a low of 3.6% in West Virginia.  Arkansas’ growth rate ranked 44th among the 50 states. 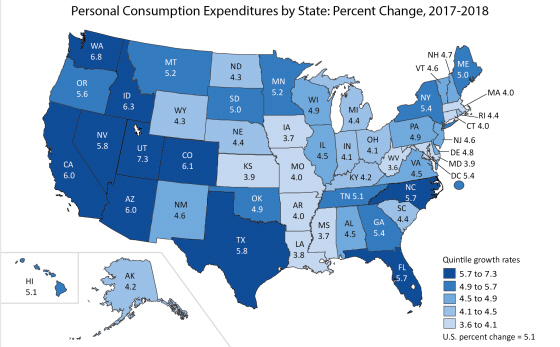 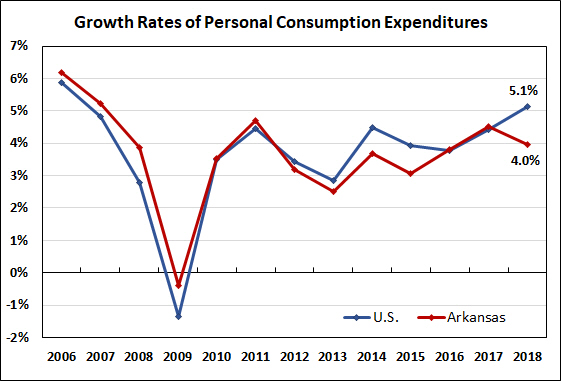 The slowdown between 2017 and 2018 was spread across most categories of consumer spending. The components that showed the sharpest slowdown included Recreational goods and vehicles, and Financial services and insurance. Spending categories that showed accelerated growth in 2018 included Clothing and footwear, and Gasoline and other energy goods.

Table 1 compares growth rates by spending categories for the U.S. and Arkansas. Nearly all components grew more slowly in Arkansas than the U.S., with the exception of Housing and utilities, and Final consumption spending of Nonprofit Institutions Serving Households. The largest contributors to overall growth—for both Arkansas and the U.S.—were Housing and utilities, and Health care. 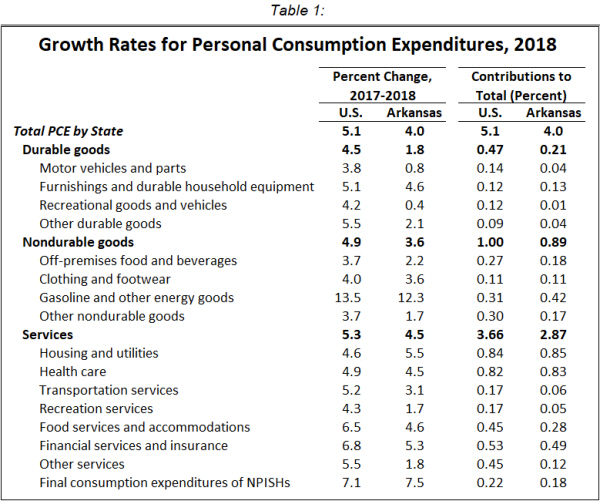 Table 2 shows that per capita spending in Arkansas is lower than the national average for most expenditure categories, but exceeds the U.S. average for Motor vehicles and parts, and Gasoline and other energy goods. Conversely, per capita spending on Transportation services is significantly lower in Arkansas than the U.S. average. Across broad categories, Arkansans spend a larger share of their total budget on both durable and nondurable goods and less on Services. In the two categories of that represented the largest contributions to the growth of total consumer spending in 2018, Arkansans spend a smaller share of their budgets on Housing and utilities but a higher share on Health care. 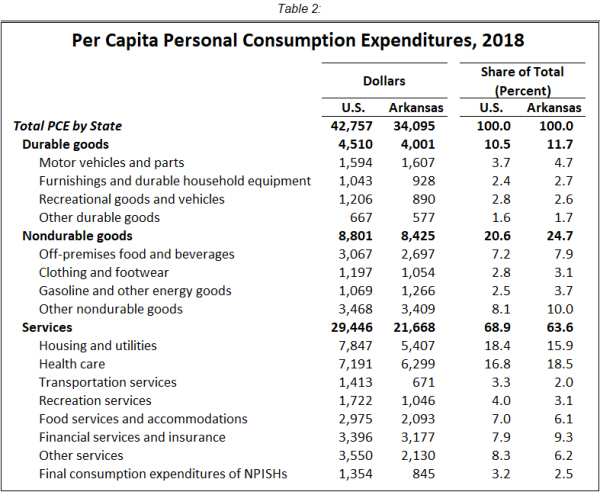 *Note:  PCE growth rates are not adjusted for inflation.