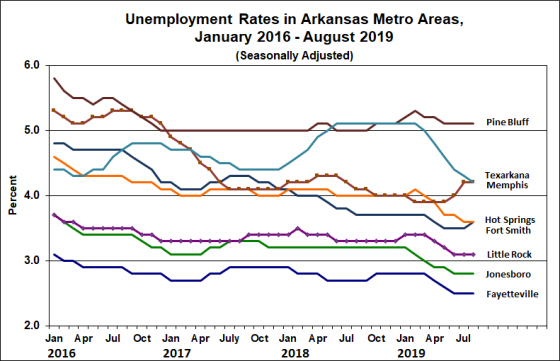 Payroll Employment
Monthly changes in nonfarm payroll employment varied considerably across metro areas. Texarkana showed unusually strong job growth of 0.7%, Fayetteville and Hot Springs were both up by 0.3%, and Jonesboro was up 0.2%. Job declines were recorded for Fort Smith, Little Rock, and Pine Bluff. On a year-over year basis, employment growth rates cluster into three categories: The rapidly growing metro areas include Fayetteville, Hot Springs, Jonesboro, and Texarkana (all with higher growth rates than the national average). Slower growing metro areas include Little Rock and Memphis. The two remaining areas, Fort Smith and Pine Bluff, have both experienced employment declines over the most recent twelve months. 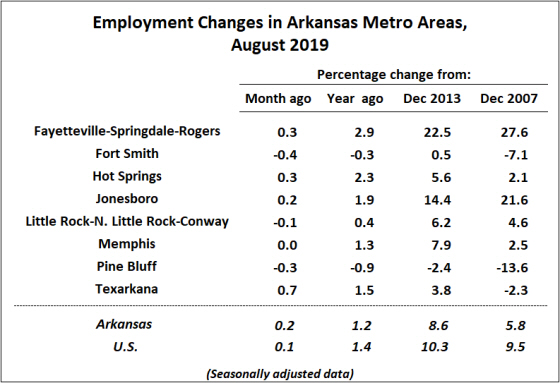