Yesterday, the Bureau of Labor Statistics reported that unemployment rates in March were down from the previous year in 342 of the nation’s 372 metropolitan areas.  All of Arkansas’ metro areas were included in this total.  Year-over-year changes ranged from -0.1 percentage point in Little Rock to -1.1 percent in Memphis. 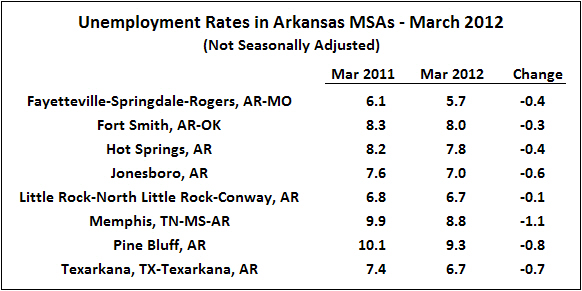 Smoothed seasonally adjusted estimates showed that the most recent changes in unemployment (from February to March) also indicated improved labor market conditions in the state’s metro areas.  The Hot Springs unemployment rate was unchanged at 7.6%, Little Rock was down 0.1 percentage points to 6.6%, and all the state’s other metro areas showed declines of  0.2 percentage points. 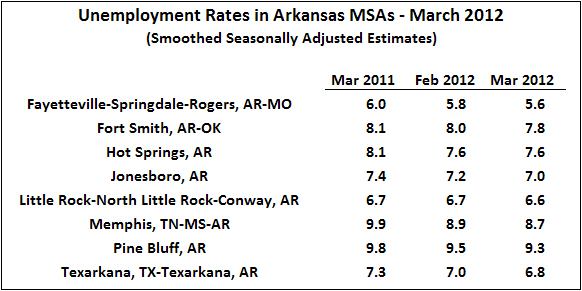