In a month where the statewide unemployment rate and payroll employment totals were essentially unchanged, labor market indicators for Arkansas’ metropolitan areas were mixed in April. 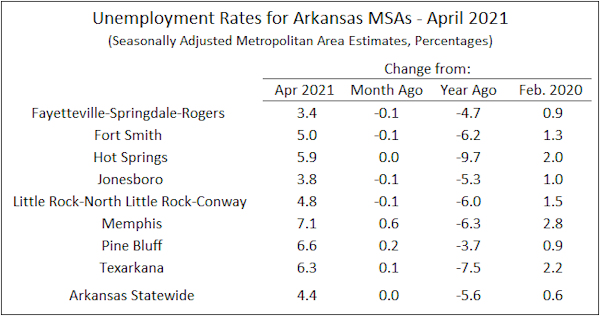 Payroll Employment
Nonfarm payroll employment increased in Fayetteville, Hot Springs, and Little Rock but was down across the state’s other metro areas.  Net changes from a year ago reflect progress toward recovering lost employment, with the largest increase—over 17% in Hot Springs—reflects the magnitude of last year’s downturn.  Employment has risen 10% over the past year in Fayetteville and Texarkana, leaving Fayetteville down less than one percent from pre-pandemic levels.  Texarkana, which suffered a larger initial decline in employment last April, remains 4.0% below pre-pandemic levels. 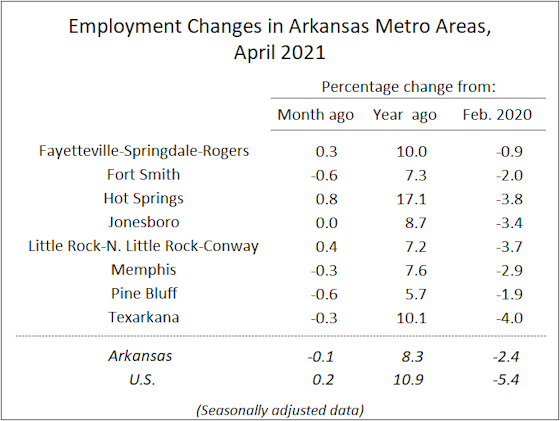