When the national retail sales statistics for February were released, a downturn in consumer spending was attributed to a wave of heavy snow and bitterly cold weather across the country.  Arkansas being near the heart of that storm, it is not surprising that Arkansas Retail Sales showed a decline for the month.  Total Retail and Food Services Sales declined 4.9% from January (seasonally adjusted) compared with a 3.3% decline nationwide (revised data). 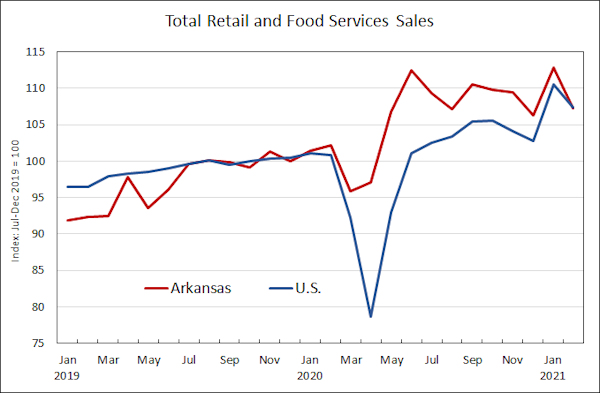 The monthly slowdown in sales was evident in nearly every retail industry group, both nationally and here in Arkansas, with particularly large declines at Clothing Stores and Health and Personal Care Stores. 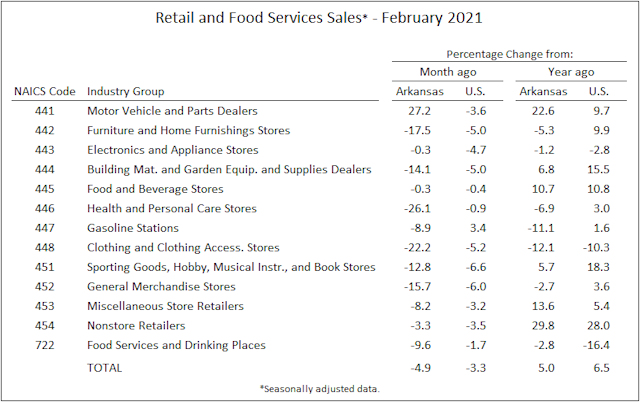 The only exception was for sales at Motor Vehicles and Parts Dealers. As we speculated in the report for January, the inclement weather in February might have resulted in postponement of vehicle registrations, and if so we might expect for some of that overhang to show up in the data as sales in February.  That appears to have been the case.  The February data show sales at Motor Vehicle and Parts Dealers up 27.2% from the previous month, and up 22.6% compared to February of 2020. 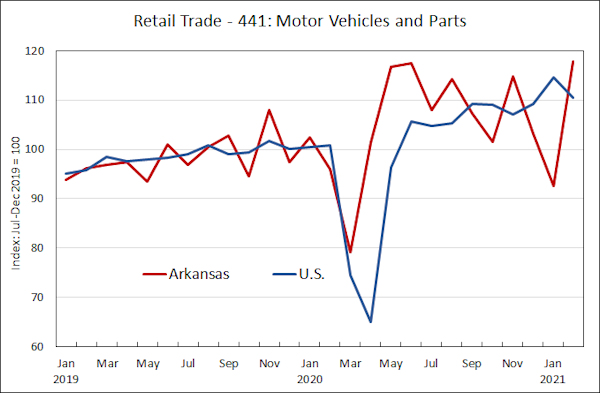 Data for Arkansas Retail and Food Service Sales for July 2017 through January 2021 are available in an Excel Spreadsheet:  Arkansas-Retail-Sales-Feb-2021.