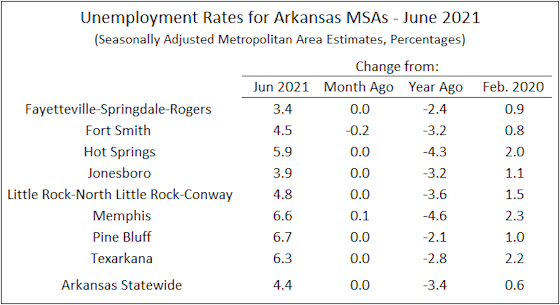 Payroll Employment
Changes in nonfarm payroll employment were mixed.  Employment was higher in five of Arkansas’ metro areas, down slightly in Fort Smith, and unchanged in Jonesboro and Little Rock.  Compared to June 2021, employment has recovered considerably in all metro areas, but remains lower than pre-pandemic levels.  With the monthly increase in June, payrolls in the Fayetteville metro area had nearly recovered to the February 2020 reading.  In other metro areas, the net declines range from -1.8% in Fort Smith to -3.8 in Little Rock. 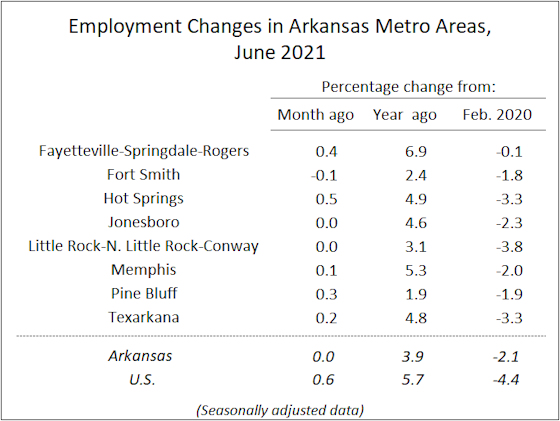