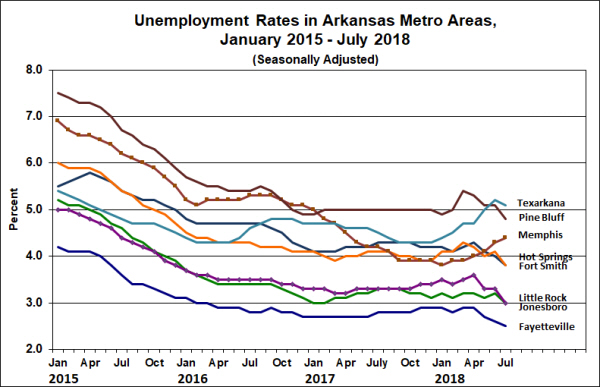 Payroll Employment
Nonfarm payroll employment showed mixed changes in July.  Little Rock, Memphis and Pine Bluff all saw monthly increases, while Fort Smith and Hot Springs experienced declines.  Payroll employment was essentially unchanged in Fayetteville, Jonesboro and Texarkana.  Compared to a year ago, employment is up an all metro areas except Hot Springs.  The areas with the strongest employment growth continue to be in the Northwest and Northeast corners of the state – Fayetteville and Jonesboro. 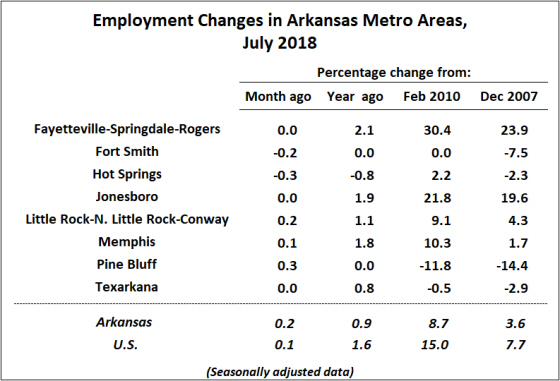