The latest data on metro area employment and unemployment was released by the Bureau of Labor Statistics this morning.  As with all of the monthly employment data, the metro area data have been revised or are in the process of revision.

In terms of unemployment rate levels for January, the lowest rate in the state is in Northwest Arkansas and the highest is in Pine Bluff.  Four metro areas have unemployment rates above the statewide average, and four have rates below the average. 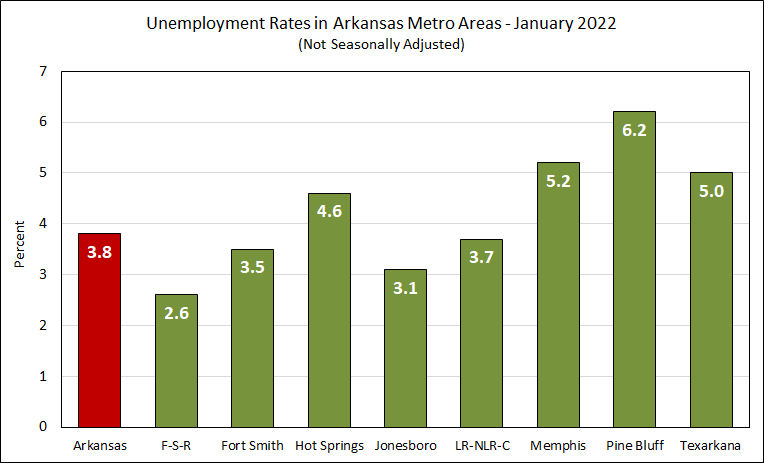 Revisions for 2021 values were all in the direction of higher estimates than previously reported.  From December 2021 to January 2022, the newly published data show that unemployment rates increased in all metro areas.  However, the data reported in the table below are for not-seasonally adjusted data.  A sharp increase in unemployment in January is one of the most prominent features of the seasonal pattern of unemployment rates. 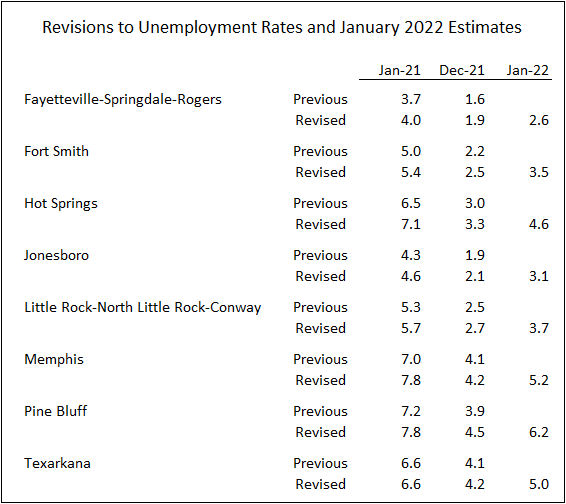 Payroll Employment
Data on nonfarm payroll employment were also revised.  The figure and table below show the nature of the revisions.  The new data show slightly improved growth rates for Hot Springs, Jonesboro, and Texarkana.  Little Rock employment for December 2021 was revised higher by 10,300 jobs (2.8%).  Downward revisions can be seen for Northwest Arkansas, Fort Smith, Memphis and Pine Bluff.  Among the downward revisions, the largest was for Pine Bluff–revised downward by 800 jobs in December (-2.5%). 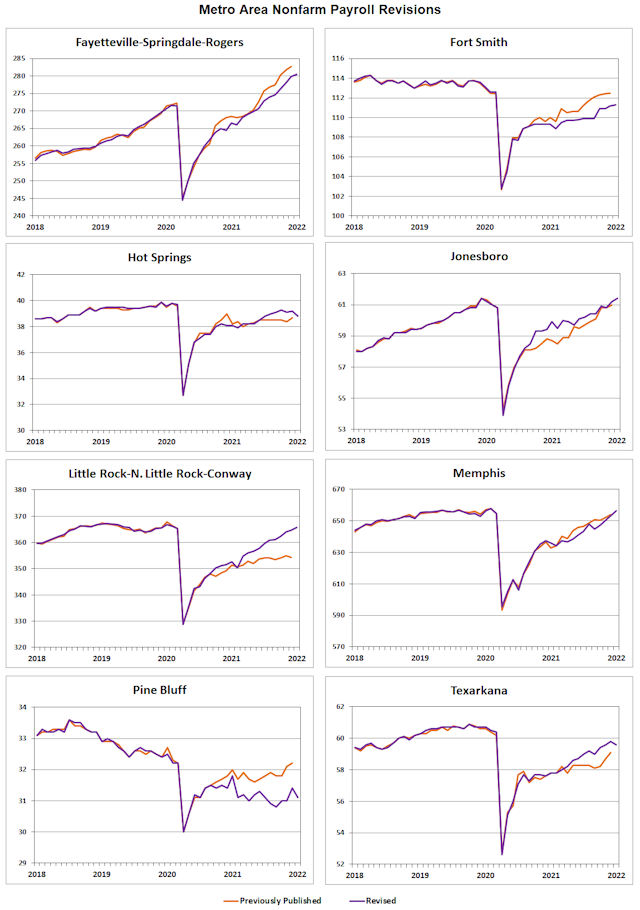 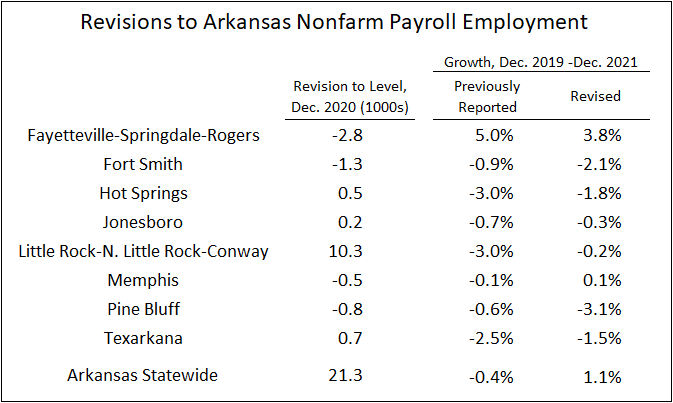 Note that the total magnitude of the revision for all eight metro areas is 6,300, while the statewide total revision was 21,300.  Hence we can infer that significant upward revision affected the non-metropolitan portions of the state as well.

Incorporating the new, preliminary estimates for January, payroll employment growth rates are summarized in the table below: 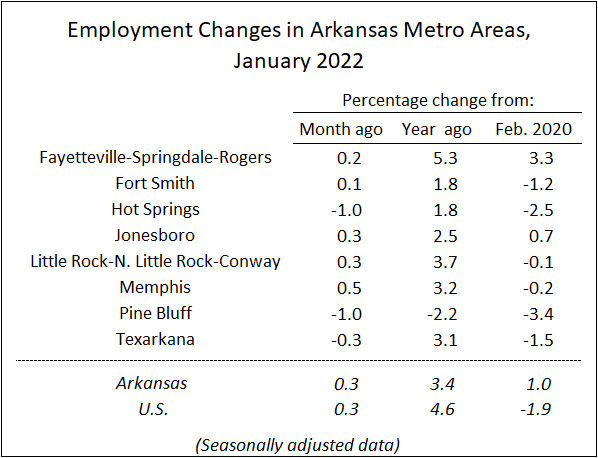 For January, Hot Springs and Pine Bluff each showed declines of 1.0%; however, growth rates were positive for all metro areas in the state.  Compared to a year ago, Pine Bluff is the only metro area to have shown a net decline.  Relative to the pre-Recession/Pandemic month of February 2020, Northwest Arkansas and Jonesboro are the only metro areas to have shown positive net growth.  After incorporating the data revisions, Little Rock and Memphis are now nearly unchanged relative to February 2020.