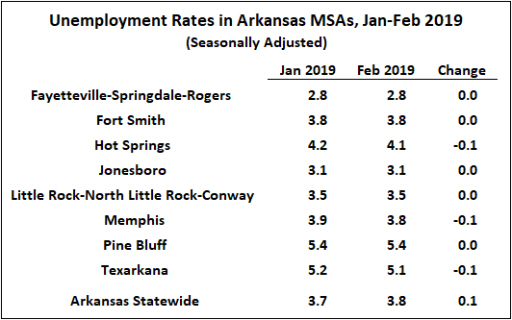 Compared to February 2018, the latest estimates show mixed changes over the past year.  Unemployment rates have declined slightly in Fort Smith, Hot Springs, Jonesboro and Memphis.  On the other hand, unemployment increased by 0.4% in both Pine Bluff and Texarkana. 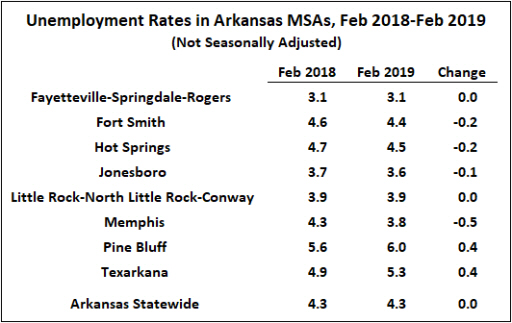 Payroll Employment
Nonfarm payroll employment was higher than a month earlier in five of eight metro areas in Arkansas, but was down in Pine Bluff, Hot Springs and Memphis.  Compared to a year earlier, employment increased by 1.0% or more in all but two of Arkansas metros.  Pine Bluff was down 0.9% while Fort Smith was essentially unchanged. 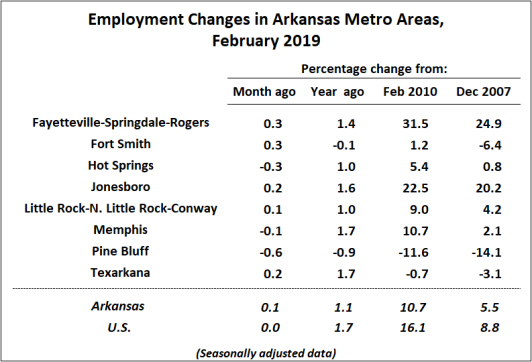