The news from the latest report on state-level employment and unemployment was mixed.  The household survey showed sizable employment gains and a downtick in the unemployment rate, while the payroll survey indicated stagnant job growth for the month.

The unemployment rate was reported as returning to its January level of 3.7%, down from 3.8% in February.  It is probably more accurate to say that the unemployment rate has been unchanged at about 3-3/4% since the start of the year;  the recent changes in the reported rate have been nothing more than rounding error. 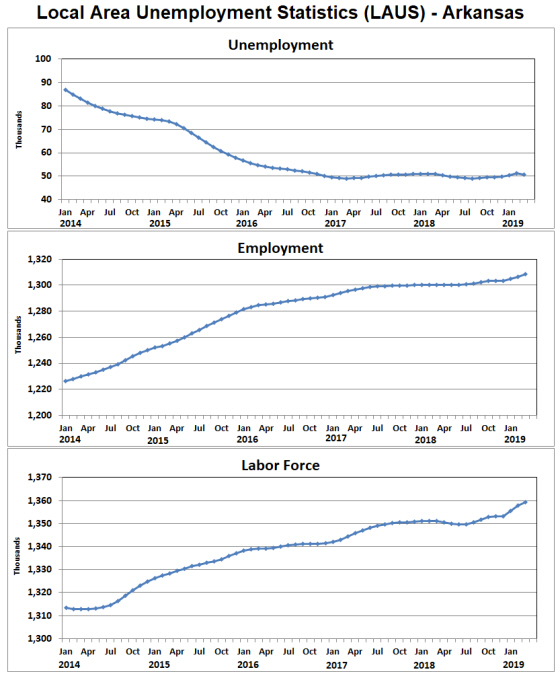 Payroll Employment
Nonfarm payroll employment was essentially unchanged in March, registering an insignificantly small loss (-300) for the month (seasonally adjusted data) .  The employment total for February was also revised down slightly (-600).  Over the past twelve months,  payroll employment has increased by 11,700 jobs.

The March statistics showed increases in Construction (+1,100), Leisure & Hospitality Services (+600) and Education & Health Services (+300).  Manufacturing and Wholesale Trade each declined by 700 jobs and the Professional & Business Services sector was down by 400 jobs.  Although manufacturing employment declined from the previous month, it has increased by 4,200 over the past year, accounting for over one-third of the state’s job growth since March 2018.

The employment table, below, features a slightly modified format.  Rather than looking at the net employment change since the post-recession trough of February 2010, the third column of the table now reports growth since the current period of sustained job growth began:  around December 2013. From that baseline, the only sectors that have shown employment declines are Mining & Logging, and Information Services.  Education & Health Services have added the most jobs during this period of employment growth (+21,400).  Other service-providing sectors have also contributed significantly to total job growth. 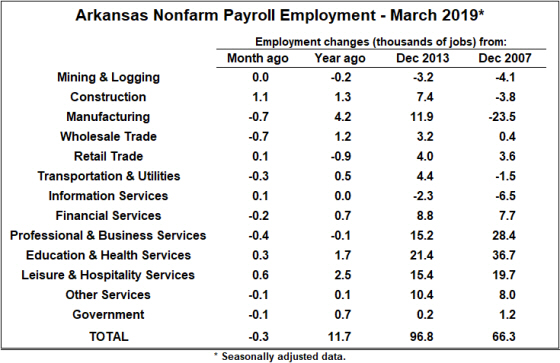 The revised column three of the table also shows that the resurgence of Manufacturing employment has been a notable feature of the prevailing trend in job growth, not just over the past year.  During the period after the “great recession” of 2008-09, manufacturing employment languished for some time and experienced a second significant downturn during the local mini-recession of 2012.  The more recent trend of rising employment growth in the manufacturing sector is an encouraging sign of balanced growth across the state’s key sectors and industries. 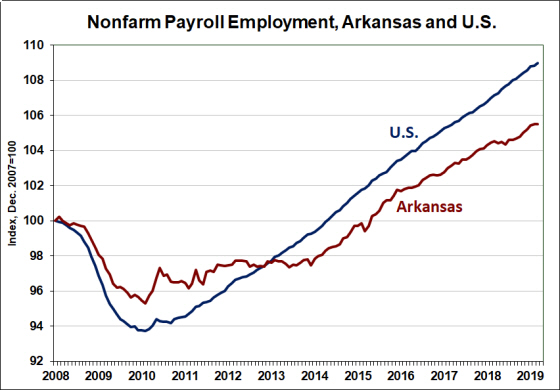