December was a strong month for labor markets in Arkansas, and today’s report on metropolitan area employment and unemployment confirmed that the strength was widespread. 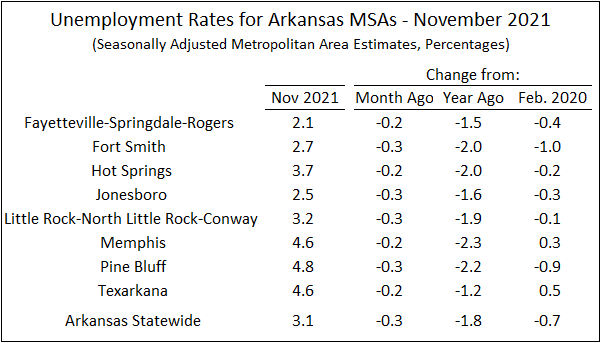 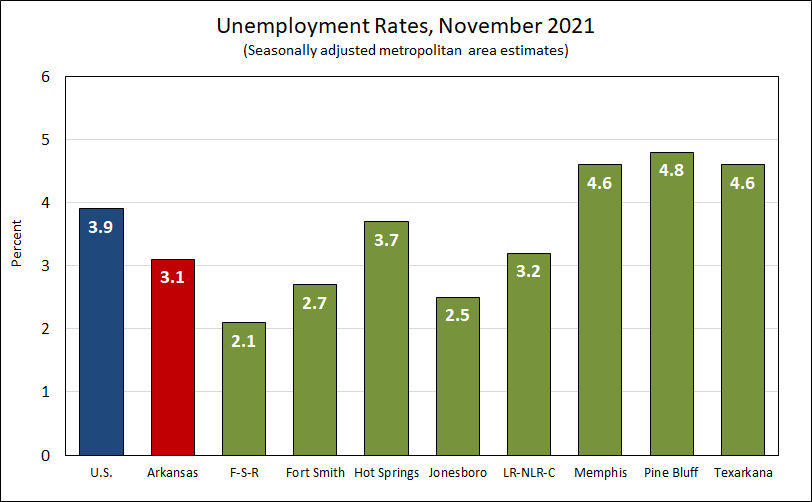 Payroll Employment
Nonfarm payroll employment expanded significantly in several metro areas in December, with gains of 0.8% in Hot Springs and 0.7% in Texarkana.  Little Rock was the only metro area to show a decline for the month.  Compared to the previous December, employment has increased in all metro areas except Hot Springs, which continues to display employment growth below trend. 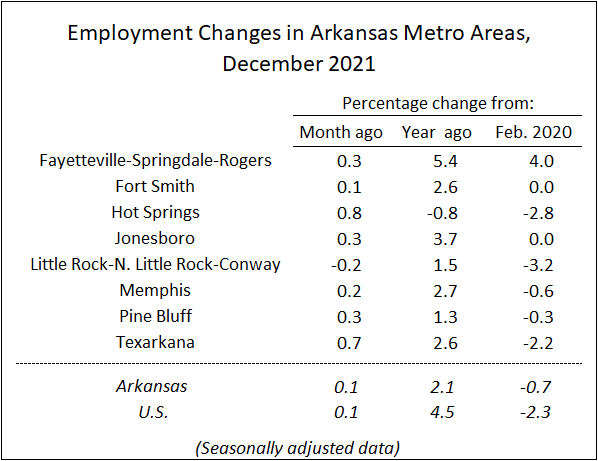 Three metro areas have now equaled or exceeded the employment peaks of February 2020, with Fort Smith and Jonesboro having just attained those benchmarks in December.  Memphis and Pine Bluff are each within 1 percent of their February 2020 peaks, while Hot Springs, Little Rock, and Texarkana remain 2 to 3 percent lower. 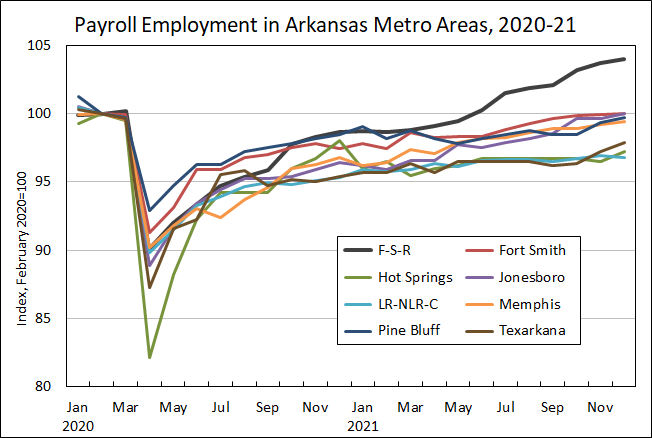