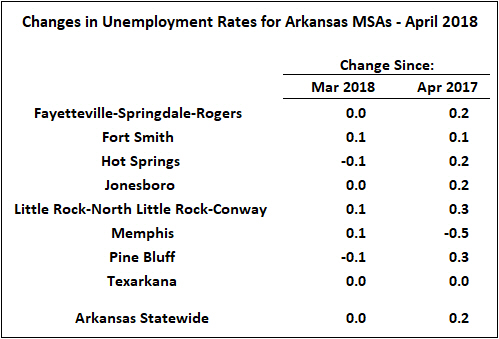 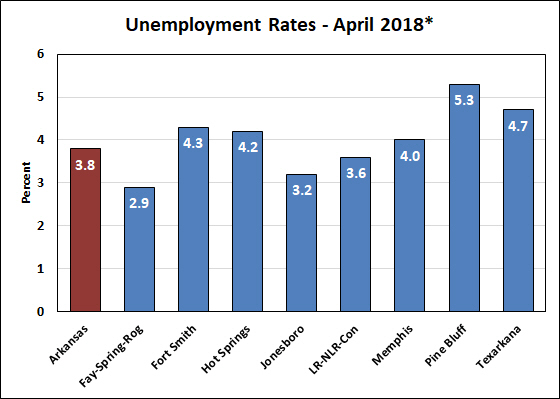 Payroll Employment
Nonfarm payroll employment was unchanged or declining in April for most of Arkansas metro areas.  The exceptions were the Fayetteville-Springdale-Rogers metro area (+0.2%) and Texarkana (+0.3%).  Over the past 12 months, employment growth has exceeded 2% in both Northwest Arkansas and Northeast Arkansas (Jonesboro).  Memphis, Little Rock and Texarkana are up about 1% over the same period, while Hot Springs, Fort Smith and Pine Bluff have seen zero or negative growth. 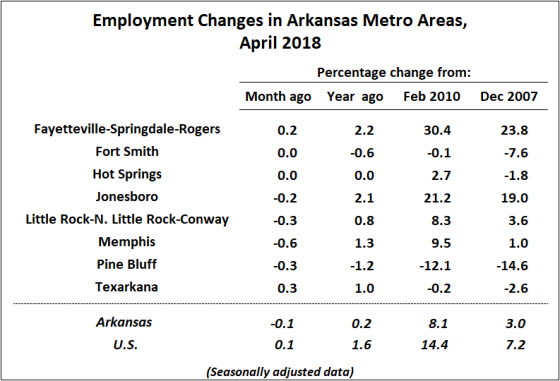