New home sales data that came out last week showed that the number of closings in March 2014 was unchanged from March 2013.  Although year-over-year growth was zero for the month, momentum is still positive.  A year ago, the March report gave the first indication that 2013 would be a year of strong sales growth, so it is not necessarily disappointing that March of this year had the same sales pace.  Moreover, wintery weather in January and February is likely to have contributed to a somewhat lower volume of closings in March than would otherwise be the case.  Even with the cold weather, cumulative sales for the first three months of the year were up nearly 6% over the previous year. 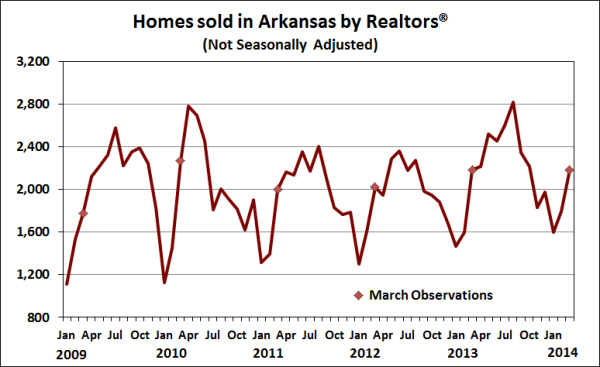 The rising trend in home sales is more apparent in the following figure, which shows quarterly averages of  seasonally-adjusted data.  With the recurring seasonal patterns and monthly volatility removed, it is clear that first-quarter sales represent ongoing recovery of the residential real estate market. 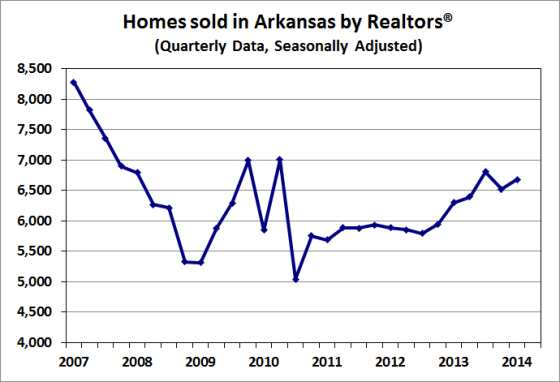