Preliminary data on Arkansas Taxable Sales (ATS) show a slight decline in the fourth quarter of 2013 — down 0.2% from the previous quarter (seasonally adjusted).  The fourth quarter decline followed a 0.7% contraction in the third quarter.   Expenditures on gasoline fell by 7.5% in the fourth quarter, primarily as a result of lower prices.  Accordingly, Arkansas Taxable Sales Including Gasoline (ATSIG) declined by 0.5% compared to the previous quarter.  Over the four quarters from 2012:Q4 to 2013:Q4, the net increase in ATS was 2.1%.  Including gasoline, the year-over-year gain was only 1.1%. 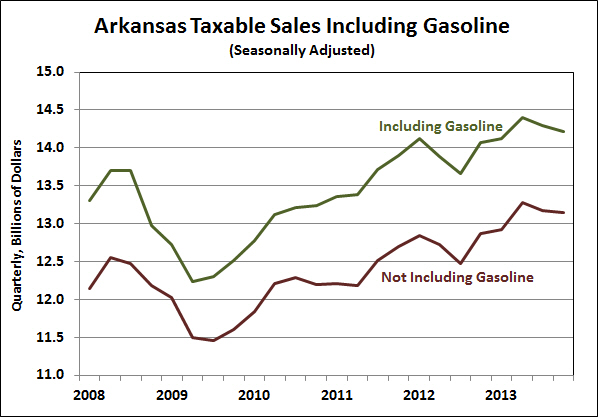 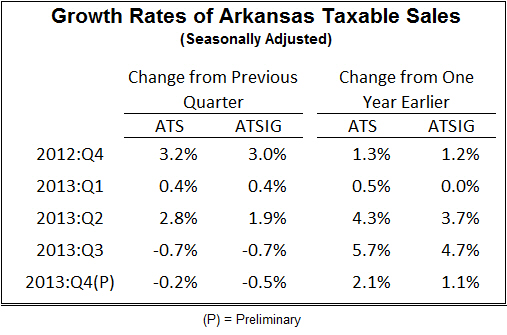 * Data are preliminary until the release of the DFA report, Arkansas Fiscal Notes for January 2014, and will be updated when information becomes available.