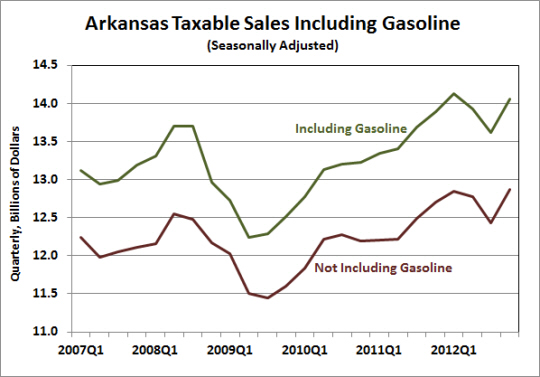 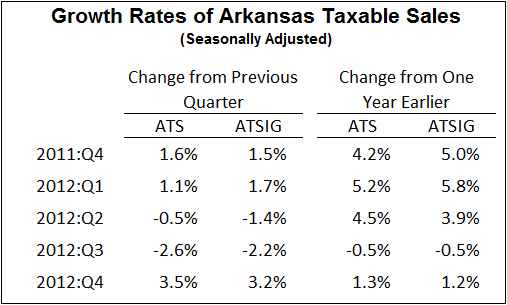 The downturn in taxable sales during the second and third quarters of 2012 has been something of a mystery.  In particular, it seemed to be taking place against a backdrop of fairly steady economic growth suggested by other economic indicators.  However, recent data revisions to personal income and employment have provided corroborating evidence that economic activity slowed noticably in the third quarter.  The 2012 experieence shows how sales tax data can sometimes provide more accurate and timely information about the state of the Arkansas economy than the “official” data produced by Federal government agencies (which are often subject to considerable revision over time).