Arkansas personal income increased at an annual rate of 6.5% in the third quarter of 2019, outpacing the national growth rate of 3.8%.  Arkansas’ growth rate was the 5th-highest in the nation. 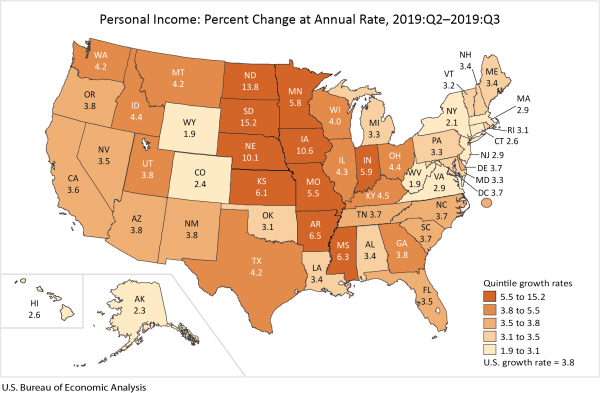 Arkansas rapid growth rate was primarily attributable to a surge in farm income. According to today’s news release from the Bureau of Economic Analysis, “Increases in farm earnings were the leading contributors to income growth in each of the ten fastest growing states, reflecting increases in payments associated with the Department of Agriculture’s Market Facilitation Program in the third quarter.” The annualized growth rate for Arkansas farm income was 21,772%. The farm component of proprietors’ income was similarly enormous, boosting the growth rate of total proprietors’ income to 81.4%. Dividends, interest and rent (property income) declined at both the state and national levels. 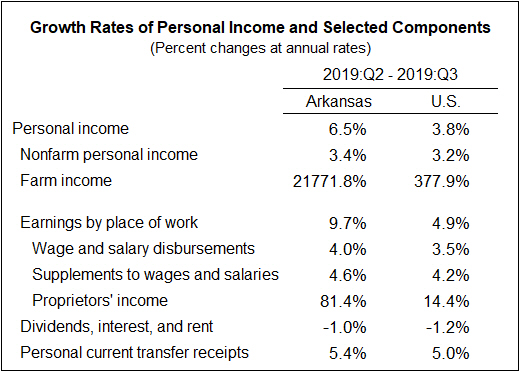 Arkansas personal income growth for the second quarter was also revised up slightly from 4.0% to 4.3% (annual rate), bringing the cumulative four-quarter growth rate to 5.1%. Over the same period, U.S. personal income rose 4.5%. 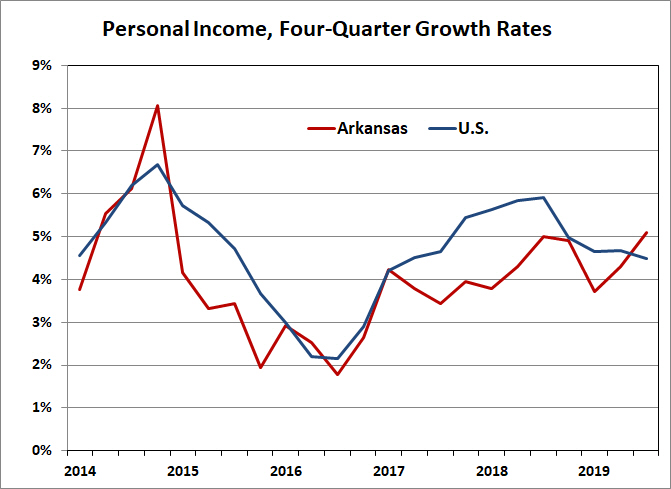 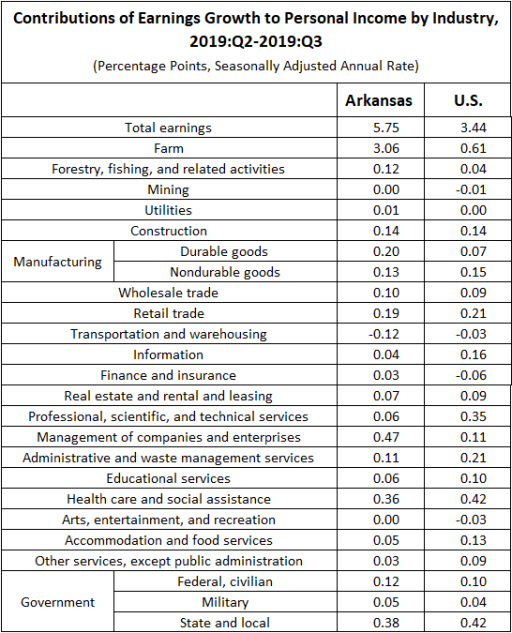