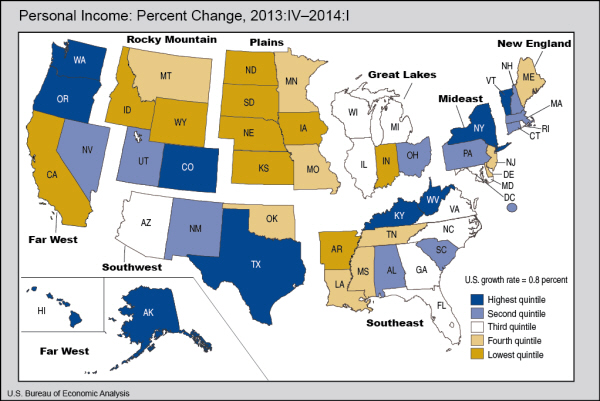 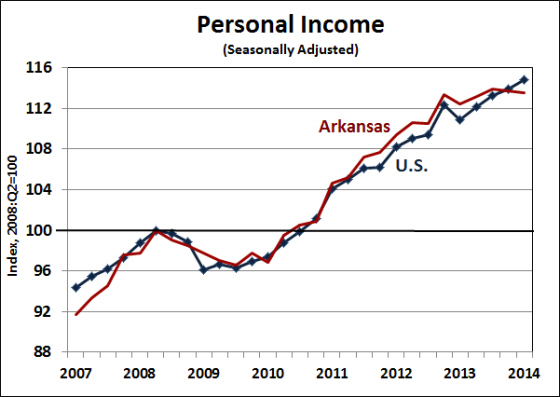 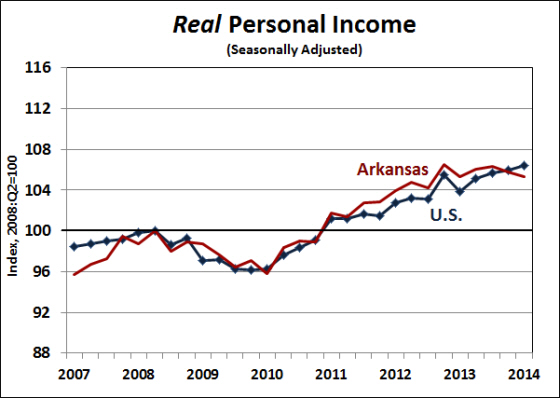 The table below shows the critical role that declining farm income played in the first quarter report.  Total earnings (which includes wages and salaries, supplements to wages and salaries, and proprietors income) contributed -.42% to the quarterly decline in Arkansas personal income. The contribution of farm income to that total was more than a full percentage point.  All other sectors combined contributed +0.65% to personal income growth.  Some sectors showed notable growth, including Construction and Nondurable goods manufacturing. 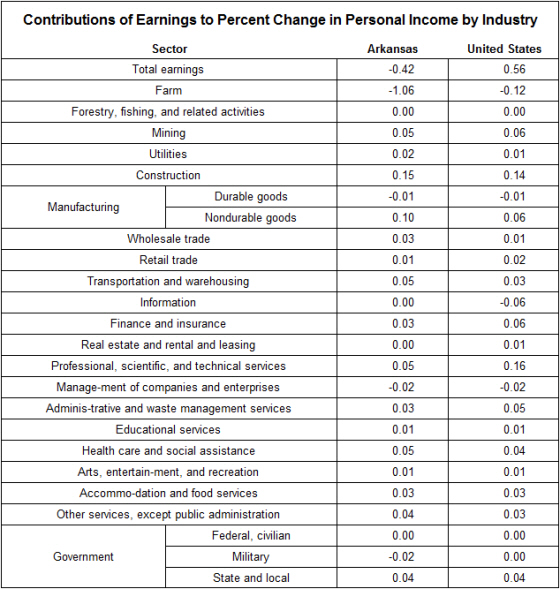