We received another strong sales report from the Arkansas Realtors® Association (ARA) this morning.  Last week, the ARA revealed a year-over-year sales increase of 10.3% in June.  In July, sales were up 10.8% from the previous year.  Two back-to-back reports of double-digit increases — coming during the peak sales season of the year — represent a clear indication that home sales are on the upswing.  As shown in the chart of not-seasonally adjusted data below, the July 2014 sales total was not only well-above the level of a year ago, but it also surpassed last year’s peak sales month (August).  As a matter of fact, the July sales figure of 2,875 was the highest single-month total since 2007. 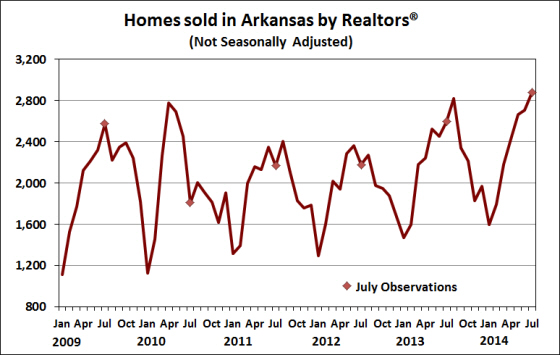 The peak sales months of the year are typically June, July and August.  Although their relative ranking can differ from year-to-year, sales during those three months usually account for about 30% of the annual total.  Applying standard seasonal-adjustment methods to the data, the upward trend is apparent: 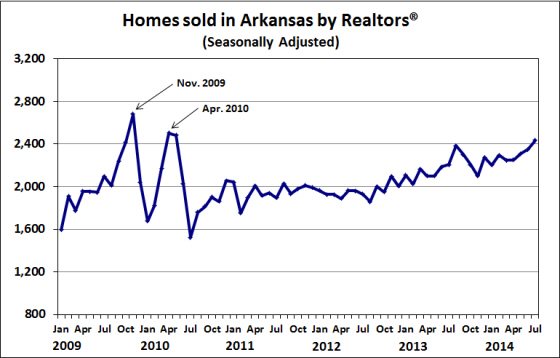 Because last year’s peak sales month came in August, it is quite possible that the next report from ARA will not appear quite so strong.  But it has already been a good summer for home sales.