News headlines regarding today’s employment report for Arkansas will probably report that the unemployment rate increased from 3.4% to 3.5%.  In reality, the numbers of employed and unemployed Arkansans were essentially unchanged in September, and the uptick in the reported unemployment rate was due to rounding error.  (Taking the calculation out to the nearest hundredth, the unemployment rate changed from 3.44% to 3.46%.)  No matter how it’s sliced, the change from August to September was not statistically significant. 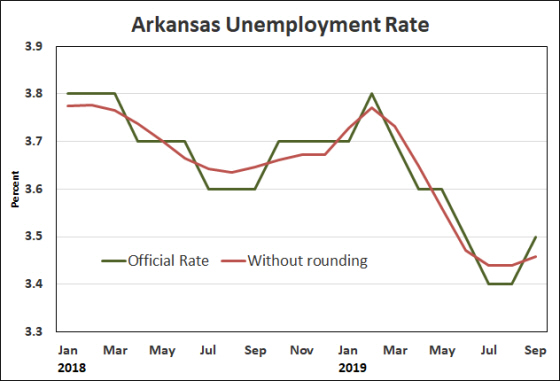 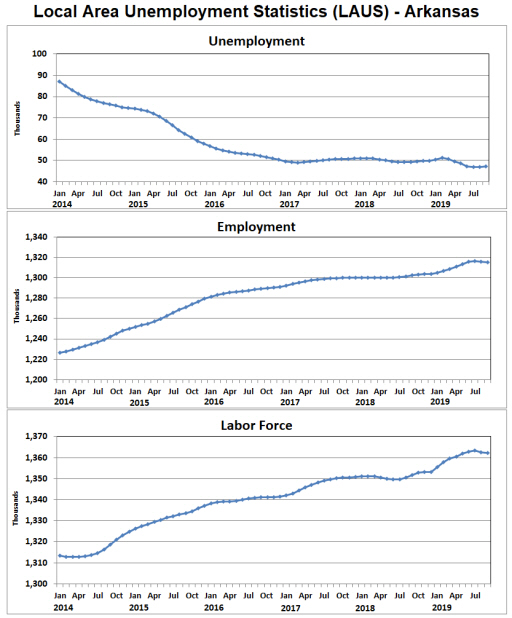 The national unemployment rate dropped two-tenths of a percent in September, from 3.7% to 3.5%, so the point estimates for unemployment in Arkansas and the U.S. as a whole are now identical. 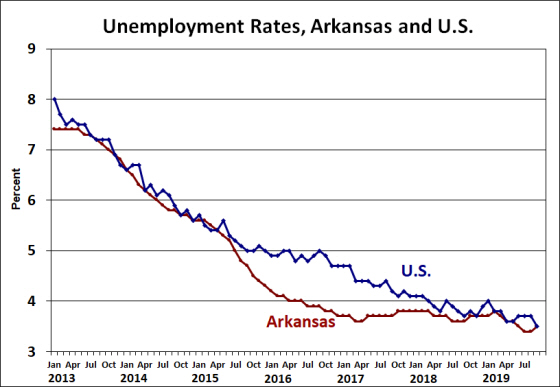 Payroll Employment
The report on nonfarm payroll employment showed an increase of 1,600 employees from August to September (seasonally adjusted)*.  Notable gains were reported for Construction, Education & Health Services and Leisure & Hospitality Services.  The increase in Education & Health Services was primarily attributable to the Health Care & Social Assistance sector.  The only notable monthly decline was in Manufacturing, which was down by 1,300.  Month-to-month changes in manufacturing employment have been somewhat volatile this year, but the trend is still positive, up by 1,900 from September 2018. 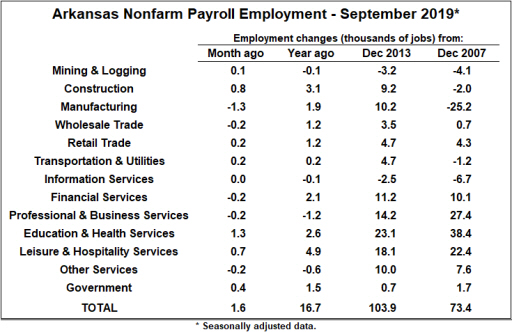 The seasonally adjusted statistics show a year-over-year increase in total employment of 16,700—approximately 1.3%.  Over the same period, nonfarm payroll employment for the entire U.S. increased by 1.4%. 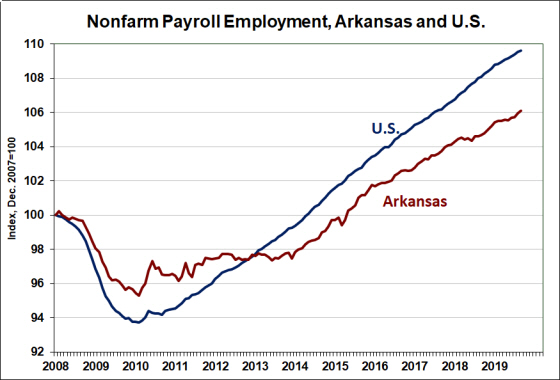 *As is always the case in September, the not-seasonally adjusted statistics showed a sharp increase in employment in Education as well as State & Local Government, attributable to teachers going back to class at private and public educational institutions.  The seasonally adjusted figures reported here account for the recurring nature of that predictable change.