The latest report on employment and unemployment in Arkansas included several positive indicators.  First, the unemployment rate declined once again, dropping to 3.5%.  The national unemployment rate also declined in September, so Arkansas’ rate remains only slightly lower than the U.S. average of 3.7% (and the difference is not statistically significant). 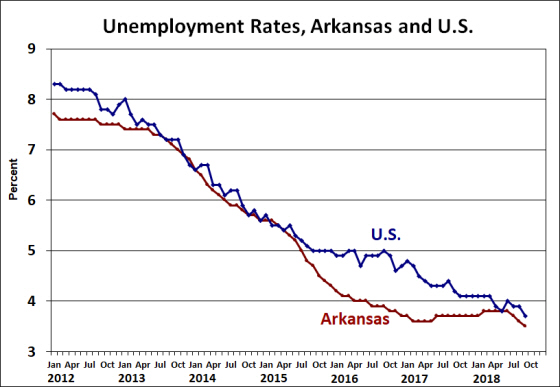 The driving force behind recent declines in Arkansas’ unemployment rate is a rather sharp decline in the number of unemployed, which declined by 891 in September and has fallen by 4,400 since April.  Meanwhile, the household survey is also showing a decline in the number of employed Arkansans, down by 329 in September and down by over 9,000 over the past 12 months.  Accordingly, the labor force is contracting as well. 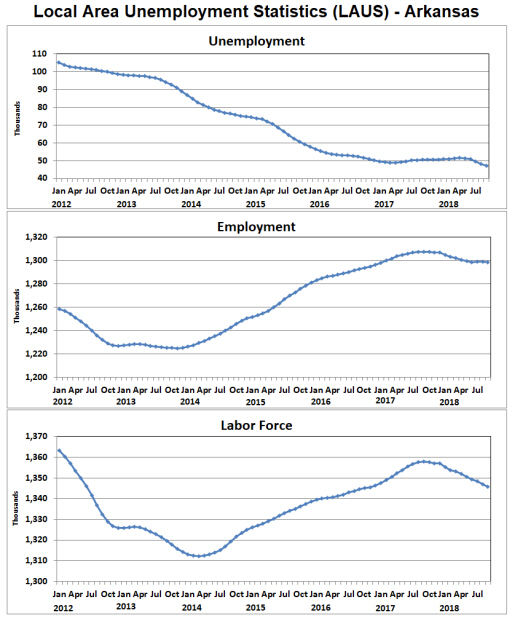 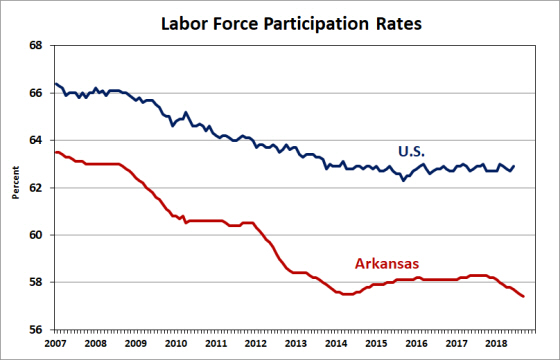 Payroll Employment
While the employment figures from the household survey continue to decline, the news from the payroll survey – which is generally considered a more accurate measure of job growth – is much more upbeat.  Nonfarm payroll employment expanded by 3,200 in September (seasonally adjusted).  The employment figure for August was revised upward by 1,600 as well, turning that month’s employment change from a preliminary decline of 900 jobs to a revised increase of 700 jobs.  Over the past 12 months, payroll employment is up by 13,200 jobs – approximately 1.1%.  Over the same period, nationwide employment growth was 1.7%. 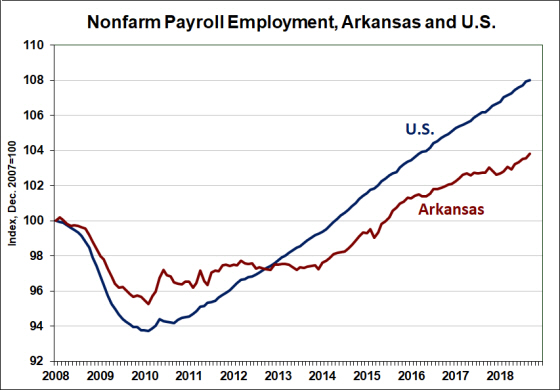 A breakdown by major sectors shows that the September increase was reflected both the goods-producing and service-providing sides of the economy:  Strong gains were registered in Education & Health Services, Professional & Business Services, Transportation & Utilities, and Wholesale Trade.  Construction and Manufacturing were both up for the month, adding to increases from earlier in the year.  The only sectors to show notable declines were Retail Trade and Other Services.  Over the past 12 months, Professional and Business Services is by far the largest contributor to job growth (+6,600 jobs), but a healthy gain of 2,800 jobs in Manufacturing also contributed to the overall increase, as did a 2,000-job increase in Transportation & Utilities. 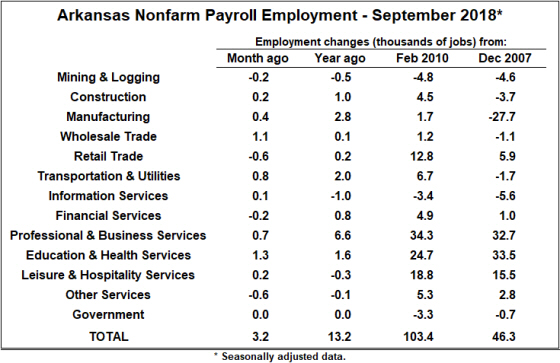