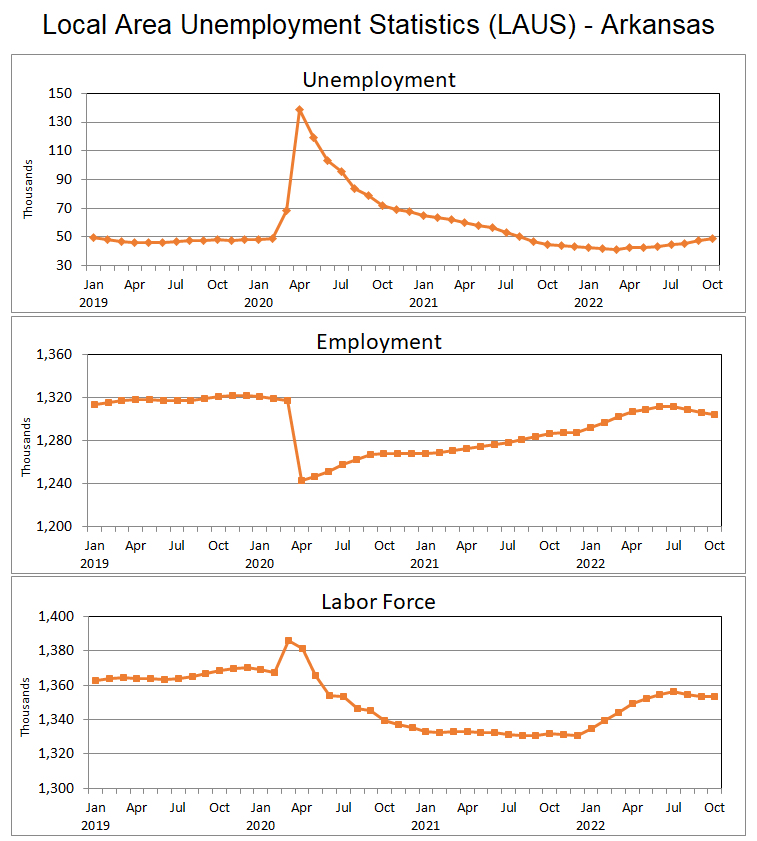 Payroll Employment
Nonfarm payrolls expanded by 600 Jobs in October.  Construction jobs bore the brunt of the decline, falling by 800 jobs.  Other sectors showing declines included Professional & Business Services (with the job losses exclusively in Administrative & Support Services) and Education & Health Services (with the job losses all in the Health Care & Social Assistance category). 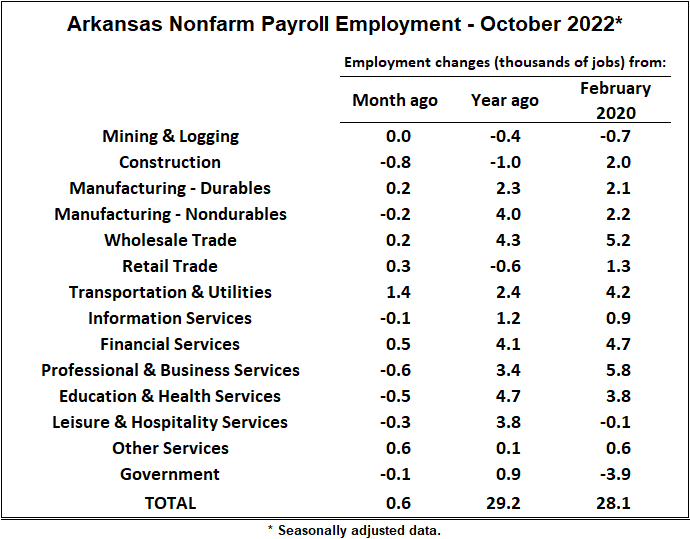 Compared to October 2021, total employment has increased by 29,200, with increases across most goods-producing and service-providing sectors. The sectors that have shown net job losses over the past year include Mining & Logging, Construction, and Retail Trade. 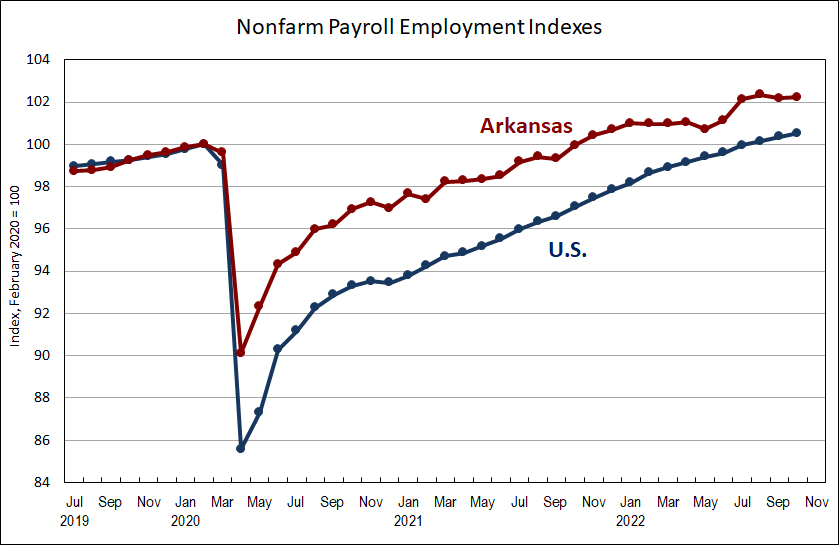