The unemployment rate ticked up from 3.6% to 3.7%, matching the national unemployment rate.  The number of unemployed increased for the 8th consecutive month, rising by 875 in November.  Since March, the number of unemployed has risen by 7,949.  The household survey also showed a decline in the number employed, with that total falling by 2,292 in November.  Having fallen for four consecutive months, employment is down by more than 9,000 since July.  The Arkansas labor force has also contracted for four months now, falling 1,417 in November and approximately 4,300 since July. 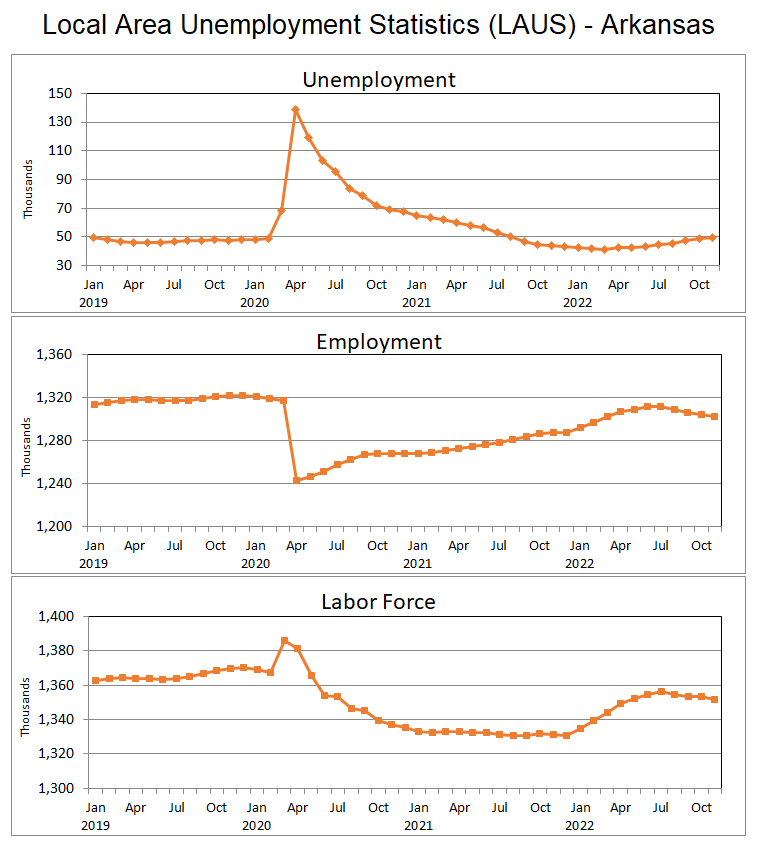 Payroll Employment
Nonfarm payroll employment was also down in November, declining by 3,200 jobs (seasonally adjusted).  Net job losses were registered for nearly every major sector, with the notable exception of Education and Health Services (up by 900 jobs).  Transportation and Utilities also registered a small increase.  Employment in Retail Trade dropped by 1,200, suggesting that the hire of temporary workers for the holidays was running below the typical pace. 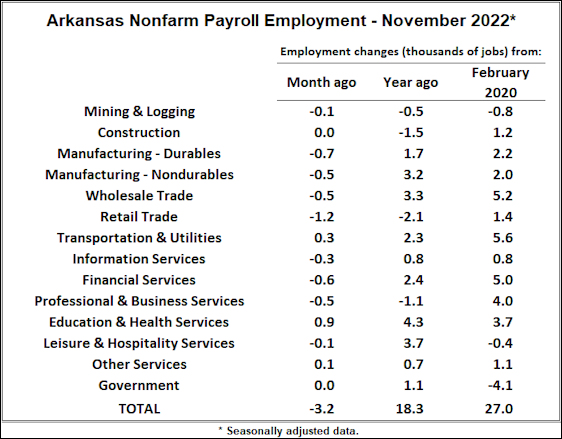 Although employment was down for the month, the number of payroll jobs remains 18,300 higher than a year ago (+1.4%).  Year-over-year growth rates are particularly notable in Education & Health Services and Leisure & Hospitality Services, both being supersectors that suffered huge employment losses during the COVID pandemic.  Relative to the employment peak of February 2020, employment in Arkansas is up by 27,000 jobs or 1.8%. By comparison, U.S. payroll employment is only 0.7% above the level of February 2020. 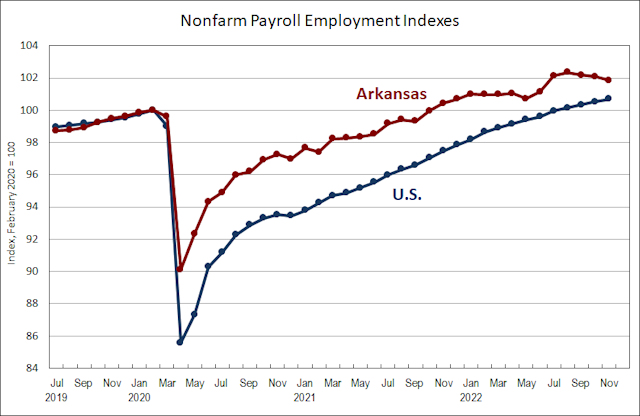