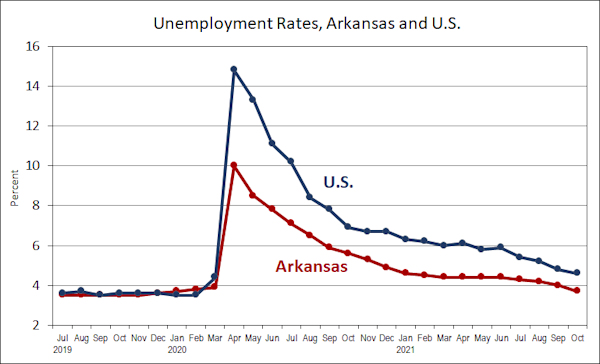 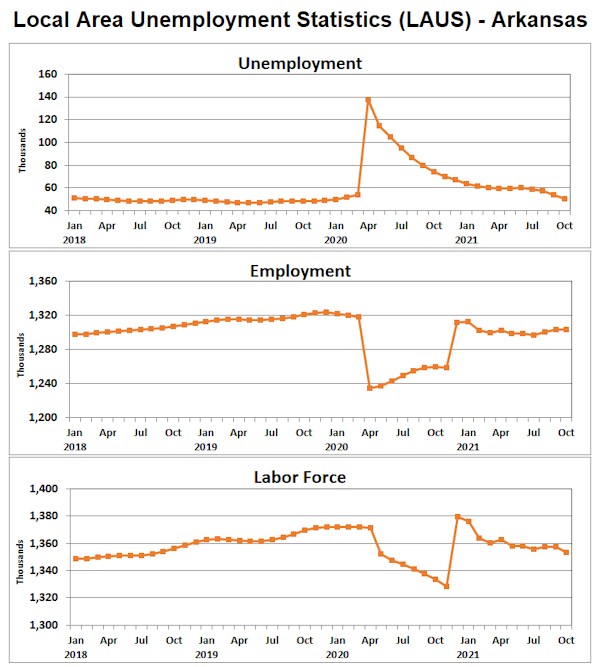 Payroll Employment
Nonfarm payroll employment increased by 6,700 jobs in October, an increase of 0.5%.  Nationwide, payrolls expanded by 0.4% for the month.  Arkansas payrolls remain 1.2% lower than in the pre-pandemic month of February 2020, while U.S. payroll employment was down 2.8% over the same period. 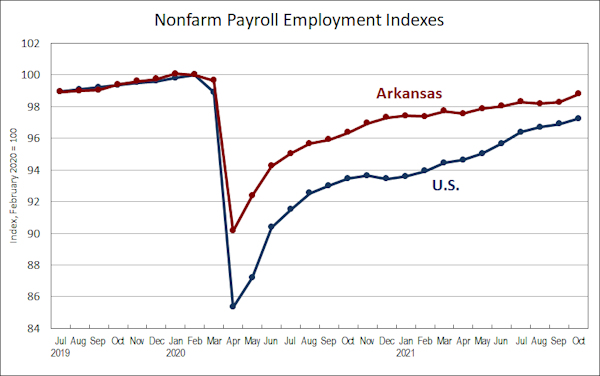 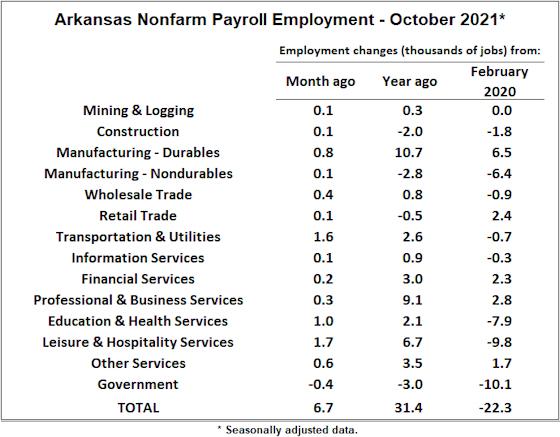 Most sectors show employment levels well-above a year ago, and several are showing net increases relative to pre-pandemic levels.  Durable Goods Manufacturing, in particular has shown consistent growth and is now employing 6,500 more workers than in February 2020 (an increase of 9.6%.  Manufacturing of Nondurable Goods, on the other hand, has shown persistent declines over the course of the economic expansion.  The sectors that were hardest-hit during the pandemic—-including Health Services Leisure & Hospitality Services, and Government—remain well below pre-pandemic peaks.

Household vs. Payroll Employment
The two sources of employment data have shown remarkably differing patterns of employment growth over the past two years, but have converged to show similar net-changes since the last business cycle peak.  As shown in the figure below, the payroll survey indicated a drop of nearly 10% from February to April of 2020, with a sharp initial recovery and gradual convergence toward its pre-pandemic level.  The data from the household survey, on the other hand, showed a much smaller initial decline, displays an incredible 4.2% jump for December 2020 and a trend of declining employment since then. 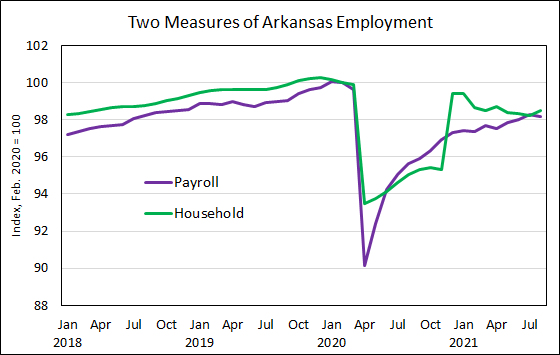 The data from the payroll survey is generally considered more accurate during normal times, and the household survey appears to have had more pandemic-related disruptions over the past several months.  As a percent of pre-pandemic employment, both measures are now indicating similar magnitudes of decline, -1.2% in the payroll data and -1.3% in the household data.  An implication of this convergence is that we have some degree of confidence in the net change in labor force participation.  Although the unemployment rate has returned to pre-pandemic levels, the labor pool from which it is calculated has declined from 58.3% of the population to 57.0%. 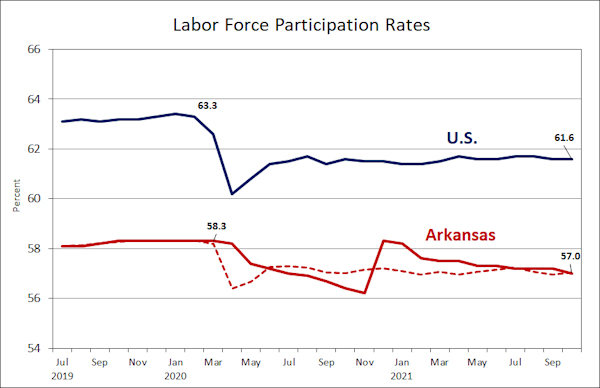 JOLTS Data for Arkansas
In addition to the monthly report on state-level employment and unemployment, the BLS today also released an update to its first-ever report on state-level Job Openings and Labor Turnover Survey (JOLTS) results from last month.  For Arkansas, the new data for September showed significant increases in Total Separations, as well as in the subcategory of Layoffs & Discharges.  The other specific category of Separations, Quits, hit an all-time high in September, both nationally and here in Arkansas. 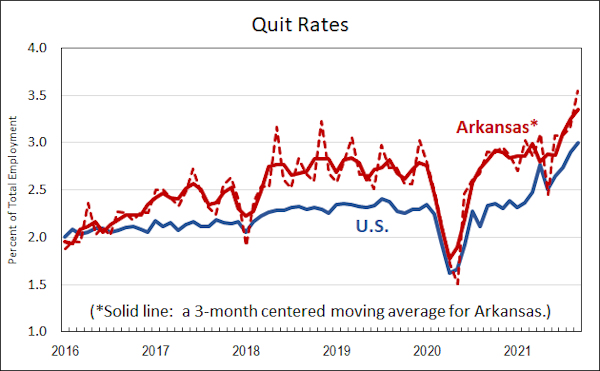 Job Openings were down by 5.1% in Arkansas, compared to a 1.8% decline for the U.S.  Nevertheless, the number of unemployed persons per job opening held relatively steady at 0.6% in Arkansas and declined 0.1 percentage point to 0.7% in the national data. 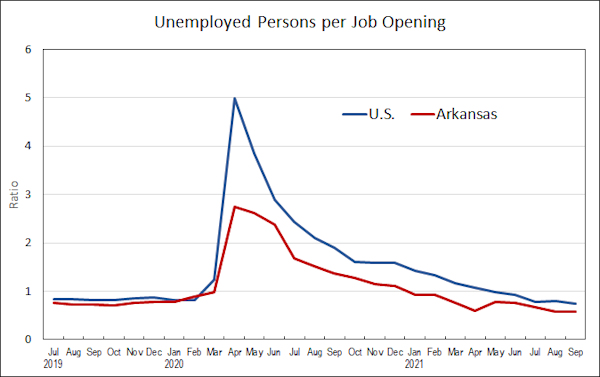