Today’s report on metro area employment showed that the positive developments seen in the state-level report carried over to all of Arkansas’ metro areas.  Unemployment declined and payroll employment expanded. 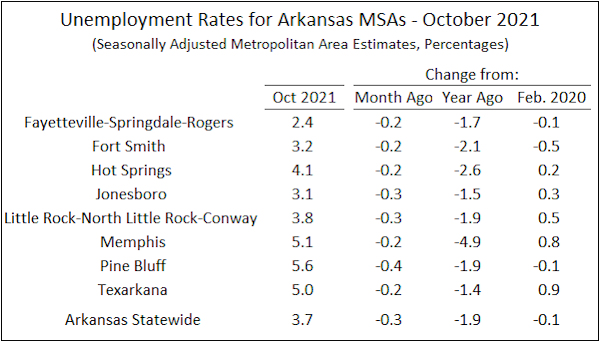 News from the payroll survey was similarly upbeat: employment increased in five metro areas and decreased in none.  Gains were particularly notable in Jonesboro (+1,800), Fayetteville (+900), and Texarkana (+500).  All eight metro areas have shown positive employment growth over the past 12 months, and two—Jonesboro and Fayetteville—now show higher employment levels than before the pandemic. 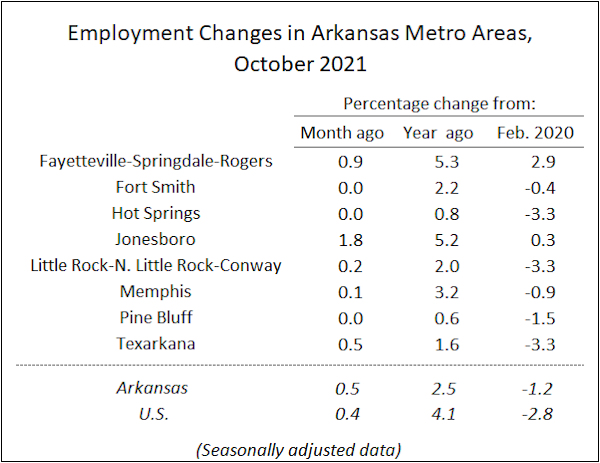