The latest unemployment data from the U.S. Bureau of Labor Statistics and Arkansas Department of Workforce Services showed a full percentage point decline in Arkansas’ unemployment rate, down from 7.2% (revised) in September to 6.2% in October. 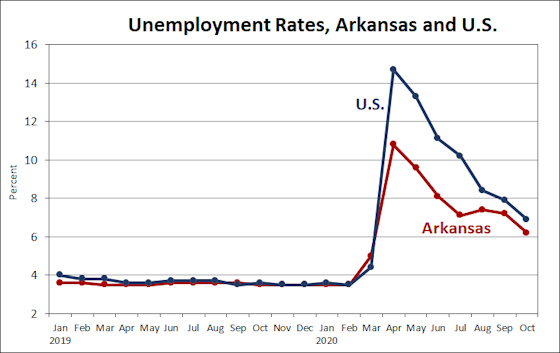 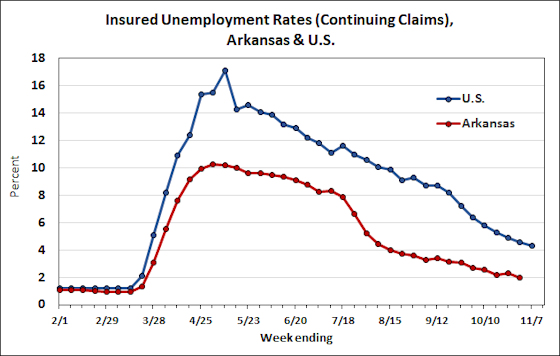 The October decline in the unemployment rate was driven by a sharp decline in the number of unemployed, down more than 14,000 to 83,203.  The number of employed increased by 1,747.  Summing these two changes, the labor force was down by 12,370 for the month.  Statistics on the labor force have been unusually volatile this year, as labor market “churning” has complicated efforts to measure unemployment at any given point in time.  Overall, the labor force is down by approximately 36,000 since February, but has come back from a February-to-July decline of more than 62,000. 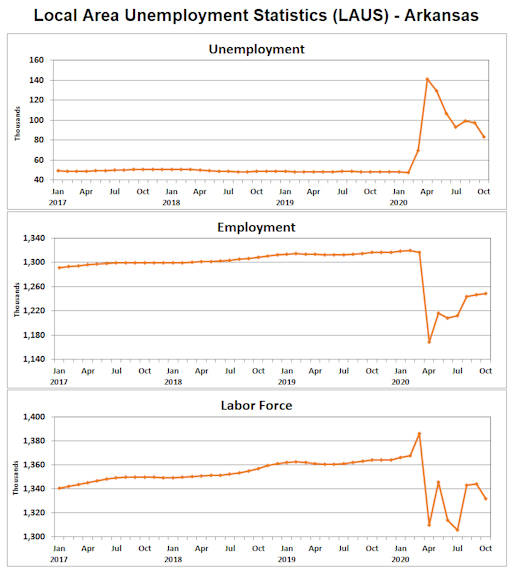 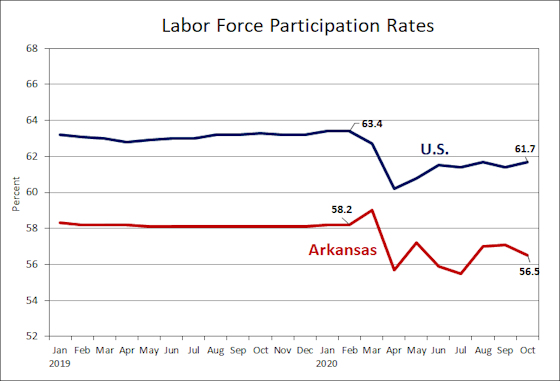 Payroll Employment
Nonfarm payroll employment increased by 9,700 in October (seasonally adjusted), an increase of 0.8%.  Compared to February, Arkansas payroll employment was down by 45,700, or 3.6%.  The net change for the U.S. over the same period was a decline of 6.6%. 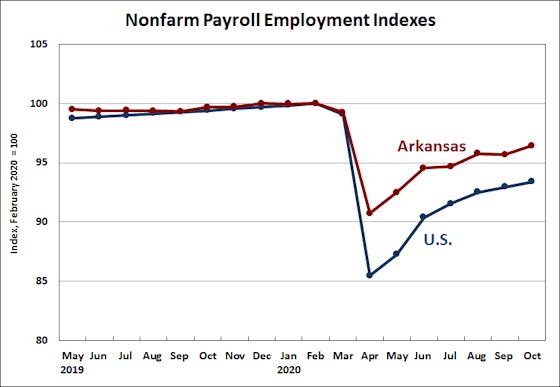 As shown in the table below, the October employment increases were distributed across most sectors.  There were declines in Government, Wholesale Trade, Mining & Logging, and Information Services, but every other major sector saw employment gains.  Professional and Business Services was up by 2,800 jobs, Leisure and Hospitality Services was up 1,700, and Construction employment was up by 1,000.  Employment in Retail Trade continues to expand:  it was up 3,700 in October, bringing the cumulative change since February to a total net increase of 7,200 jobs.  Employment in Construction and Transportation & Utilities have also moved into positive growth territory since February. 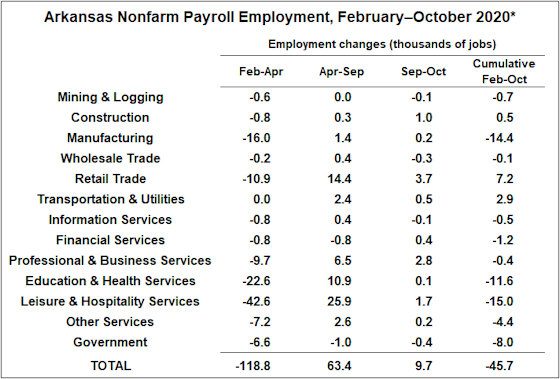 After declining by 118,800 in March and April, payroll employment has gained back about 73,000 jobs, with a net cumulative decline between February and September of 45,700.