The November report on state labor market data showed another strong month for Arkansas.  The unemployment rate dropped by another 0.3 percentage points and payroll employment continued its trend of rapid expansion. 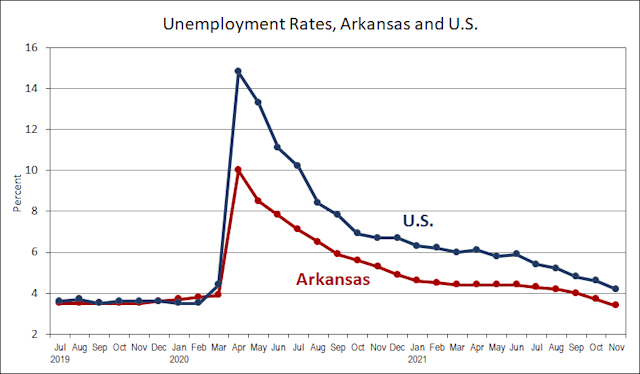 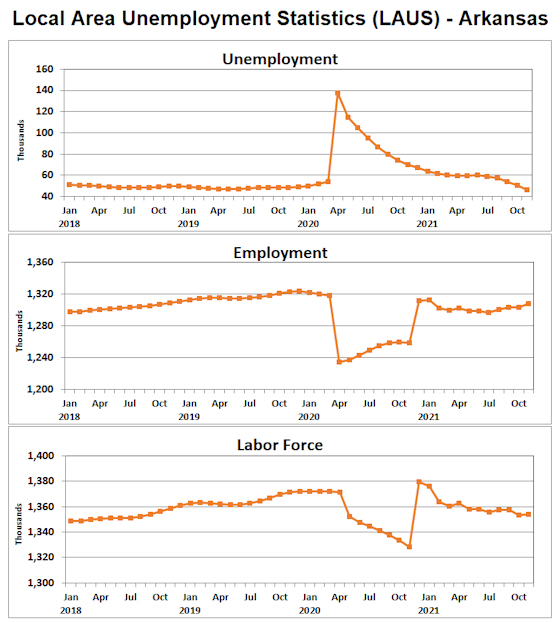 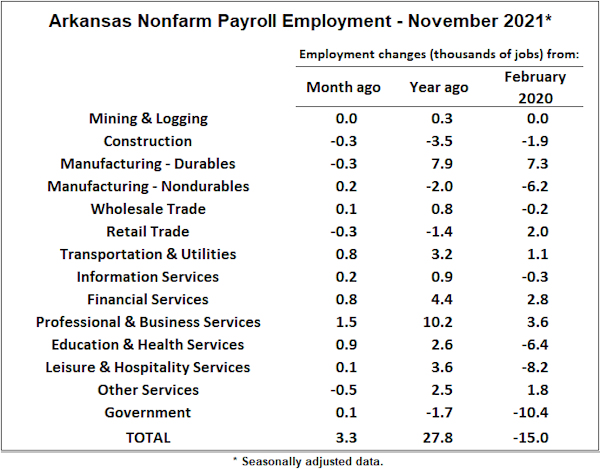 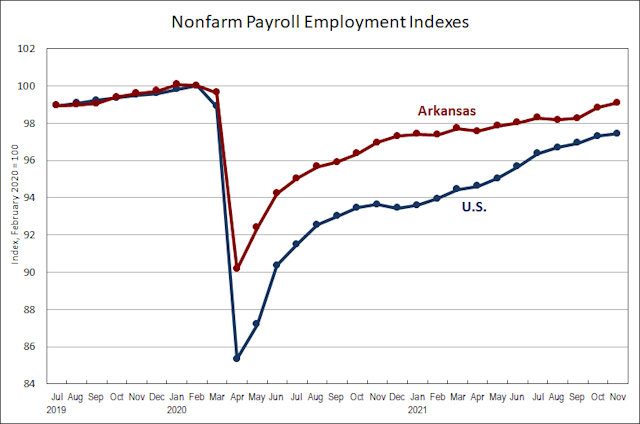