Arkansas Employment and Unemployment – May 2016

The statistics underlying the falling unemployment rate were less dramatic than earlier in the year: The number of unemployed declined by 1,027 and the number employed increased by 1,073.  As a result, the size of the labor force remained approximately unchanged.  This stands in contrast to the first three months of the year, when employment and labor force growth exceeded  10,000 per month. 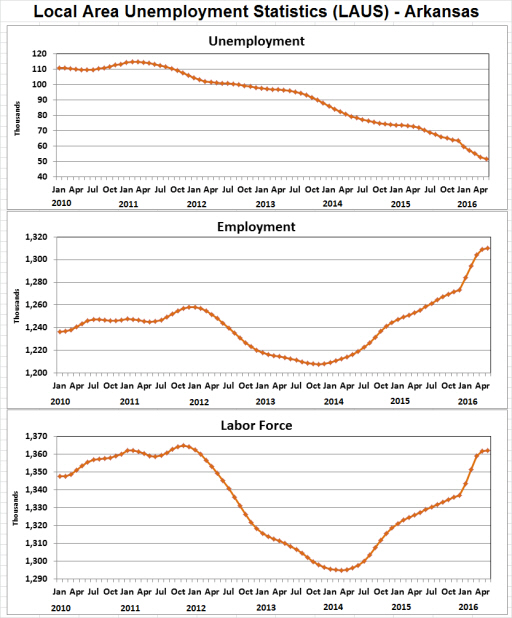 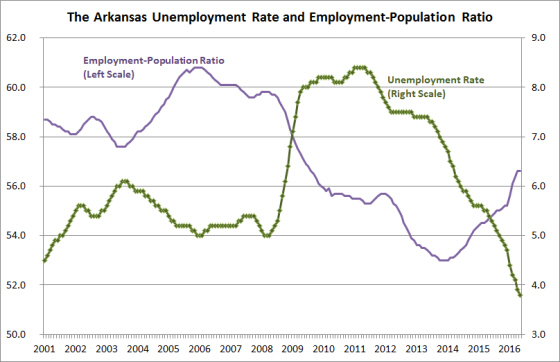 Payroll Employment
One important reason to question the statistics derived from the household survey is the conflicting information from the payroll survey.  Nonfarm payroll employment rose by 1,200 in May–about in line with the increase in household employment.  Over the past 5 months, however, the net change in payroll employment has been -800, compared to an increase of 36,778 reported in the household data. Payroll employment is 22,100 higher than it was in May 2015, but most of that increase took place in the latter months of 2015. 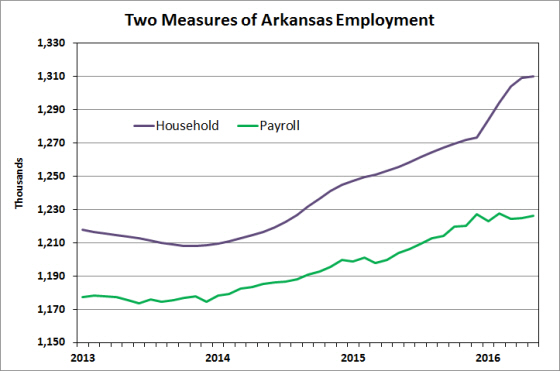 The monthly change in payroll employment was dominated by an increase of 2,200 jobs in Education and Health Services — all of which was accounted for by rising employment in the health care sector.  Total employment in goods-producing sectors was down for the month, and changes in employment by service-providing sectors was mixed.  Over the past year, the strongest sectors continue to be Education & Health Services, Professional & Business Services, and Retail Trade. 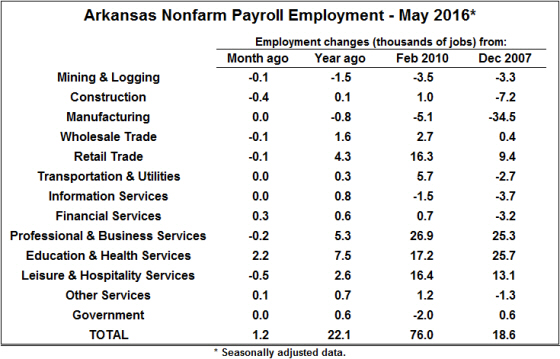