The state employment report for June showed continued recovery from the sharp job losses registered in April during the peak of pandemic-related economic shutdowns.  The Arkansas unemployment rate dropped from a revised 9.6% in May to 8.0% in June.  The national unemployment rate declined from 13.3% to 11.1%. The household survey indicated a decline in the number of unemployed Arkansans of nearly 24,000 to 105,338.  The number of employed declined as well (down 9,300), resulting in a sharp downturn in the measured labor force.  The Arkansas labor force participation rate has dropped 2.4 percentage points from 58.2% in January and February to 55.8% in June.   The U.S. labor force participation rate declined 1.9 percentage points (from 63.4% to 61.5%) over the same period. 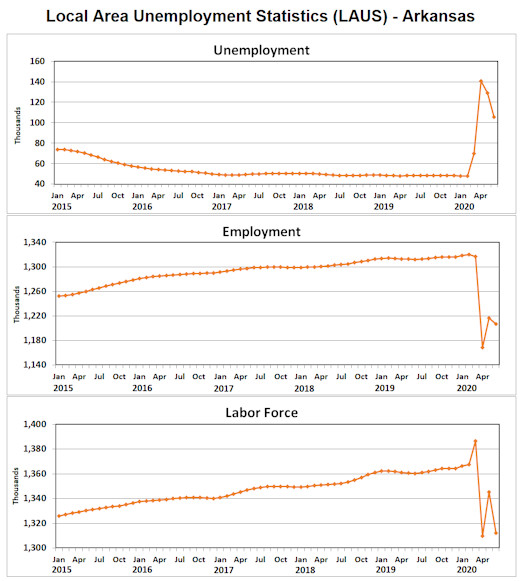 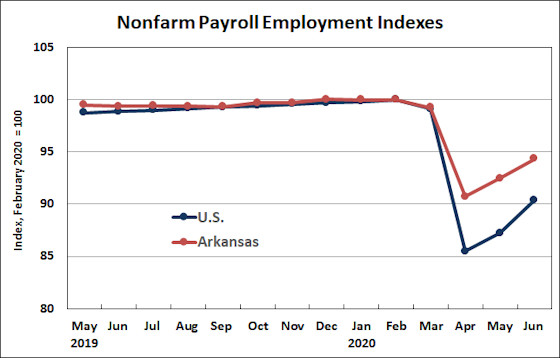 Employment gains continued to be concentrated in the sectors that were most effected by pandemic-related shutdowns.  Employment in Retail Trade increased by 10,300 in May and June, almost completely offsetting the April decline.  Leisure and Hospitality Services added 8,500 jobs in June, but remains far below levels of a year ago.  Significant gains were also registered in June for Professional and Business Services (particularly in Administrative and Support Services) and in Other Services. 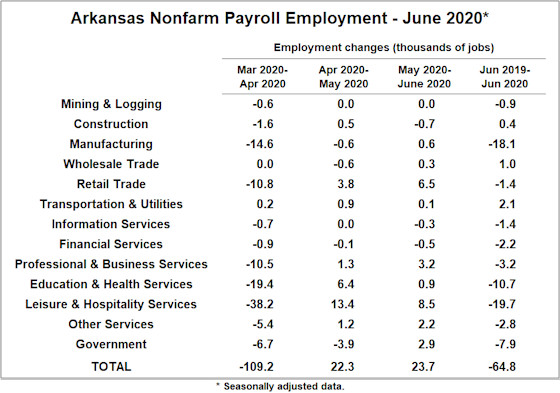