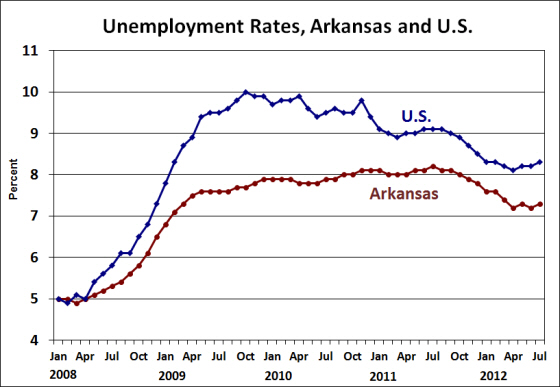 Payroll Employment
The independent payroll survey showed a decline of 2,400 jobs (seasonally adjusted).  This is far smaller than the not-seasonally-adjusted figures released by the Arkansas Department of Workforce Services, which showed a decline of 16,800.  The unadjusted numbers were primarily attributable to the common seasonal decline in employment at public schools and universities in July (which shows up in the local government category).

Sectors showing seasonally adjusted declines in July included Construction (-1,800), Transportation and Utilities (-1,000), Leisure and Hospitality services (-1,400).  Manufacturing employment was up by 700, bringing total employment in that sector back up to the same level as a year earlier.  Compared to July of 2011, Construction continues to be the weakest sector, with employment down 4,900 (seasonally adjusted). 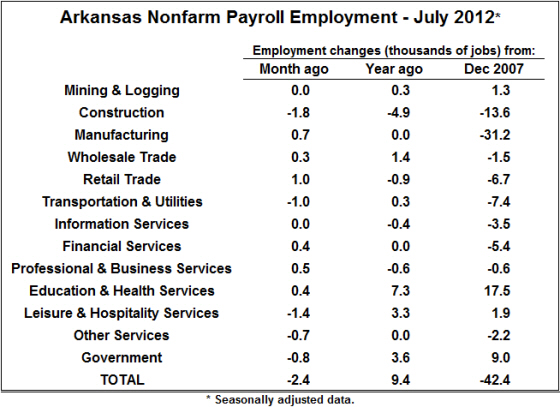 Overall, the July employment report confirms the weakening of labor markets compared to the first part of the year — both nationally and here in Arkansas.