The state employment report for December, released this morning, suggest a very robust labor market improvement in Arkansas (to say the least!).  The headline, a 2.1% decline in the unemployment rate to 4.2%, is an unprecedented change.  While that particular statistic probably overstates the degree of the improvement, the details of the report suggest improvement nonetheless. 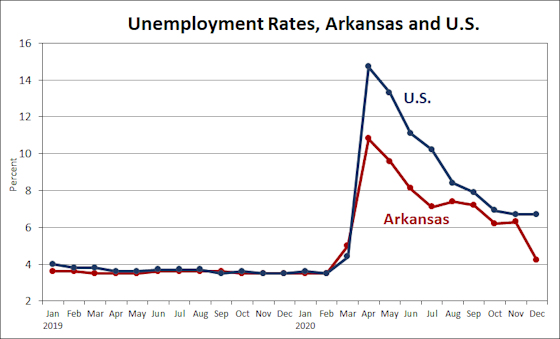 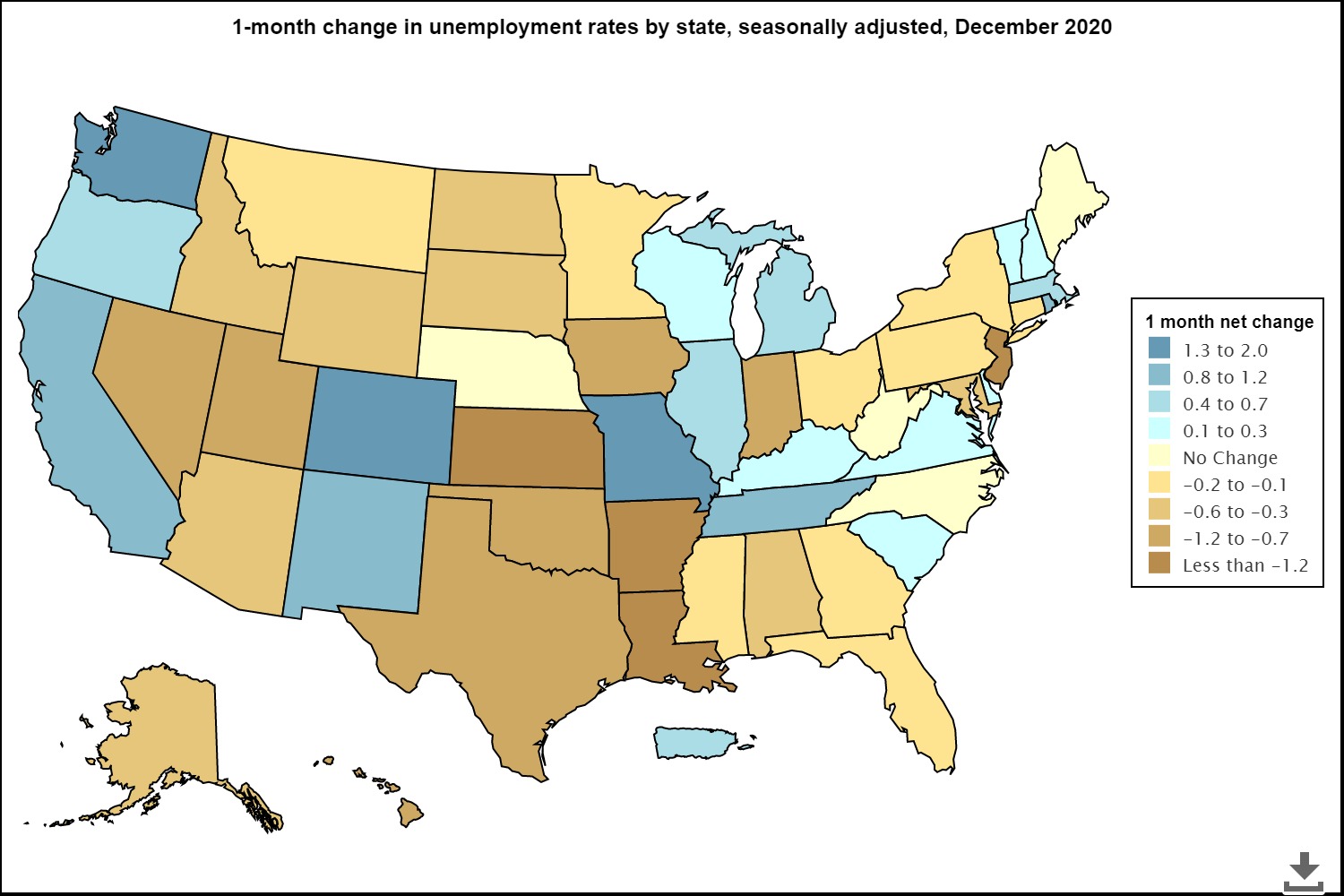 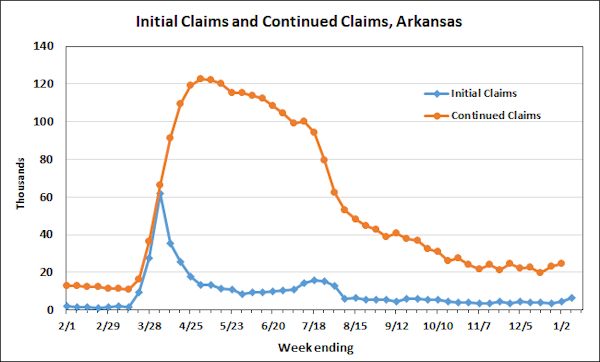 This suggests that today’s reported drop in the number unemployed was driven primarily by the underlying household survey results.  The decline was the largest on record, with unemployment falling by 26,639 from 83,863 to 48,186.  Meanwhile the survey respondents reported far better employment prospects:  The number of employed was reported to have increased by 65,543, another unprecedented change.  With the number of employed surging, the labor force evidently increased by 38,904.  The recent volatility of the labor force (the sum of employed and unemployed) is an indication of the uncertainty behind the unemployment estimates during 2020.  The Bureau of Labor Statistics has reported that the household survey has been plagued by misclassifications during the pandemic, and there is no clear economic explanation of such volatility in labor force participation, other than shifting definitions and classifications during turbulent times. The magnitudes of changes in the employed and unemployed figures in the December report suggests that measurement uncertainty is a factor that should be considered in interpreting the reported unemployment rate. 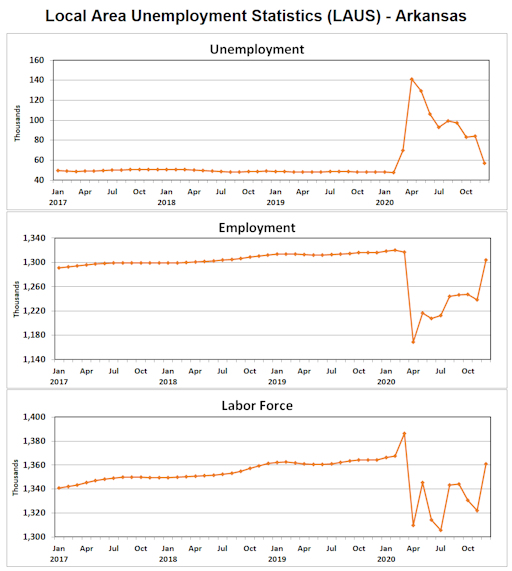 The unemployment statistics are scheduled to undergo their annual revisions over the next few weeks. These revisions typically smooth out some of the extreme month-to-month changes in the series.  However, during the pandemic, the BLS has adopted modified procedures for identifying outliers and applying seasonal factors.  It is not clear how the revisions might effect the preliminary estimates this year.

Payroll Employment
Although not as provocative as the drop in the unemployment rate, December’s report on nonfarm payroll employment does seem to corroborate an encouraging view of Arkansas labor market conditions.  The payroll data showed an increase of 4,300 jobs, or 0.35% (seasonally adjusted).  Compared to December 2019, employment was down 35,500, 2.8%.  The U.S. aggregate had previously been reported to have declined slightly for the month. 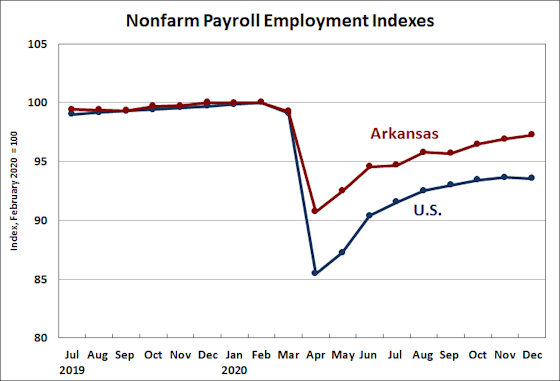 The December employment gains were particularly prominent in Retail Trade and in Professional and Business Services.  A more detailed breakdown shows that the increase in Professional & Business Services was primarily due to a surge in Administrative & Support Services.  Notable gains were also reported for Transportation & Utilities and Education & Health Services (primarily Health).  Employment in Leisure & Hospitality services suffered a setback in December, declining by 1,100 jobs after a remarkable recovery in the months from April through November. 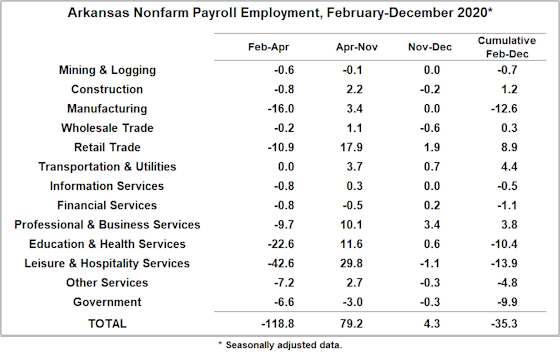 Compared to the pre-COVID employment peak in February 2020, December’s employment levels showed a total decline of 35,300 jobs, with the bulk of those job-losses concentrated in Service-providing sectors and Manufacturing.  On the other hand, several sectors show net increases over the February-December period, with Professional & Business Services now added to the list of positive-growth sectors.