As reported last Friday by the Arkansas Department of Workforce Services, Arkansas’ unemployment rate declined one-tenth of a percentage point to 3.9% in December.  This morning, the U.S. Bureau of Labor Statistics released additional details.  From the household survey data, the number of unemployed Arkansans declined by 1,345.  However, the number of employed declined by 5,357, the 7th consecutive monthly decline in employment.  It was also the 7th consecutive decline in the size of the active labor force (-6,702). 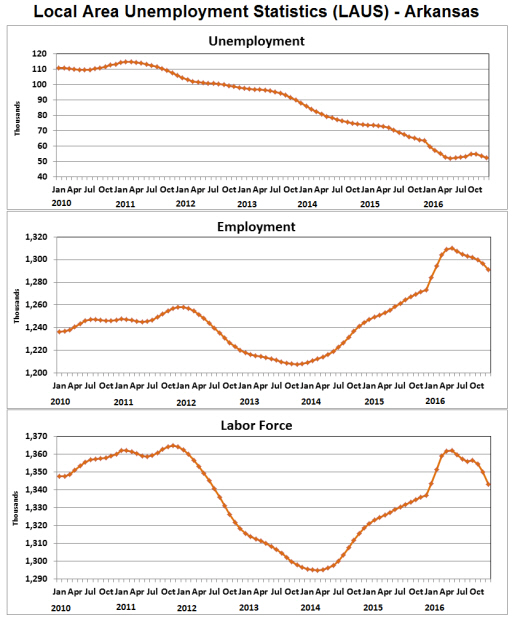 Payroll Employment
Nonfarm payroll employment increased by 1,700 in December (seasonally adjusted).  Sectors showing monthly increases included Leisure and Hospitality services (+1,200), Wholesale Trade (+1,100) and Education and Health Services (+1,200).  Both Construction and Manufacturing showed losses for the month, and remain below the levels of December 2015. 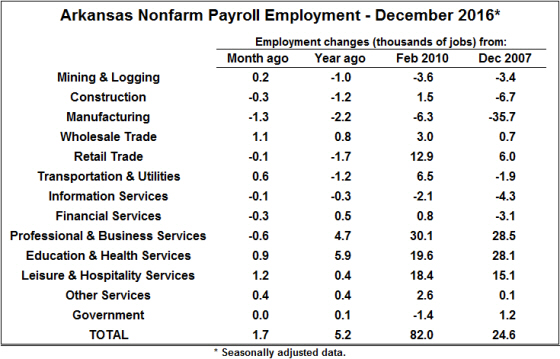 Using available data from the Quarterly Census of Employment and Wages (QCEW), we anticipate that the payroll employment totals will be revised downward for the period from September 2015 forward.  These estimates suggest that the employment increase in 2015 will be revised downward to show a gain of only 16,000 jobs (1.3%), while the change from December 2015 through December 2016 will end up indicating an increase of 6,800 jobs (0.6%). 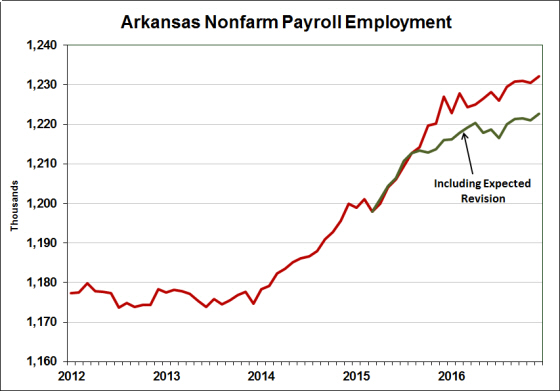