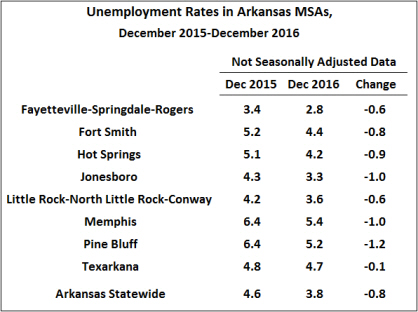 Payroll Employment
Nonfarm Payroll Employment in December was up 0.7% in Jonesboro and 0.4% in Fort Smith, but was lower in 5 of the state’s metro areas.  Compared to December 2015 employment was higher in most metro areas, with particularly large gains in Jonesboro.  Tow metro areas, Pine Bluff and Texarkana showed year-over-year declines in employment.  Those two metro areas also showed longer-term declines, with employment lower than the post-recession trough point of February 2010.  Five of the state’s eight metro areas have yet to reach pre-recession (December 2007) employment levels.  Eight years after the onset of the 2008-09 recession, only Little Rock, Fayetteville and Jonesboro have shown net gains. 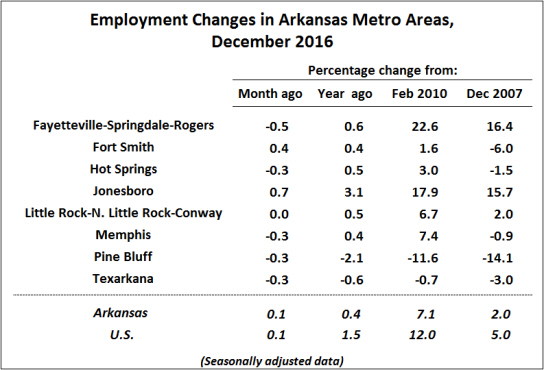 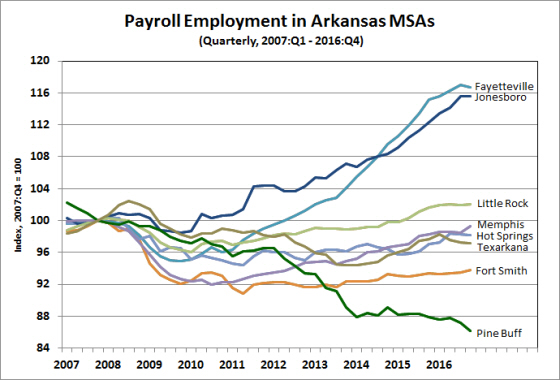