The final pre-revision employment report for 2015 came out this morning, showing the Arkansas unemployment rate falling 2-tenths of a percent to 4.8% in December.   The number of employed rose by nearly 3,700 and the number of unemployed dropped by 2,200.   As a result, the size of the labor force increased by 1,500.  Over the past seven months, the size of the labor force has held fairly steady, with employment expanding by 11,540 and unemployment dropping by 11,230.  Over that time period, the unemployment rate has fallen by one percentage point, from 5.8% in May to 4.8% in December. 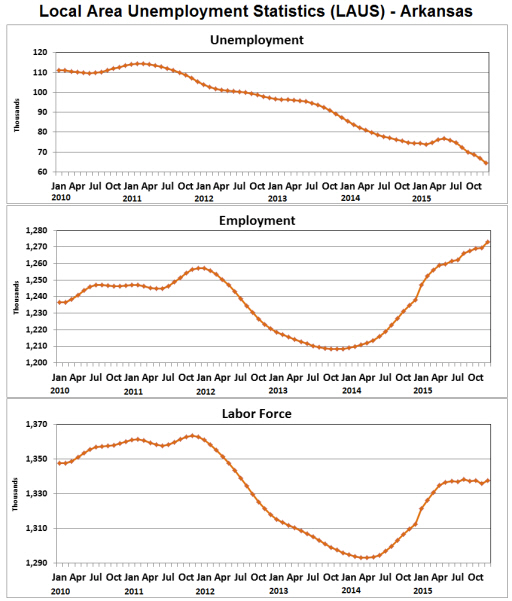 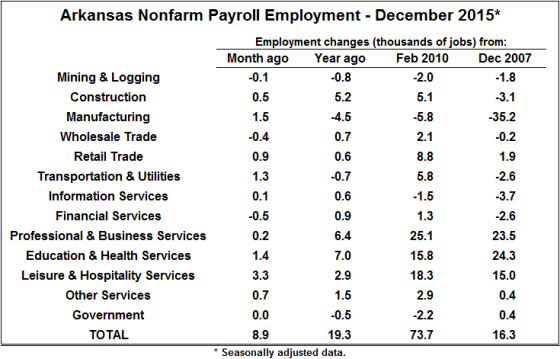 Employment increases were recorded over a wide range of sectors, with a particularly strong gain in Leisure & Hospitality Services (+3,300).  Manufacturing employment expanded by 1,500, with gains reported in particular in food manufacturing.  Over the past 12 months, payroll employment has expanded by 19,300 — approximately 1.6%.

Today’s report was the final estimate of nonfarm payrolls before the annual benchmark revisions, which will be released on March 14.  Based on the more complete series of employment statistics from the Quarterly Census of Wages and Employment (QCEW) we are estimating that the net revision will show about 8,000 fewer jobs at the end of 2015 than current statistics are reporting.  Much of the downward revision to job growth will affect the latter part of 2014, with revisions to December 2014 employment to be approximately negative 6,000.  From that revised base, the benchmarked data for 2015 should show growth of around 17,000 jobs for 2015 (December over December), a growth rate of approximately 1.4%. 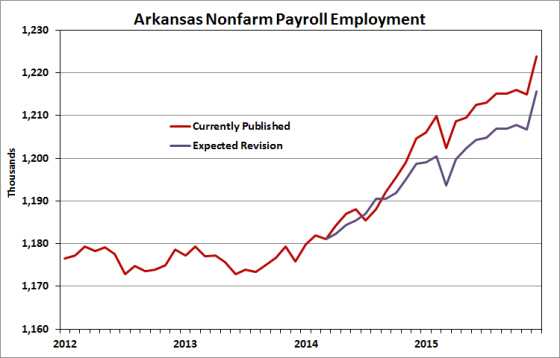