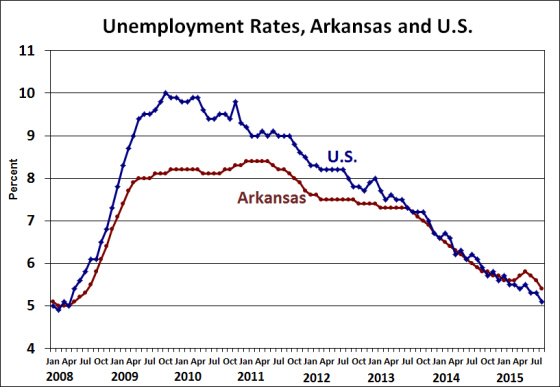 Payroll Employment
The data on nonfarm payrolls showed a monthly increase of 1,700 jobs (seasonally adjusted).   Compared to the previous month, employment was down in the goods producing sectors and retail trade.   Employment was up in most service-providing sectors, with Education and Health Services, in particular, continuing to  expand. 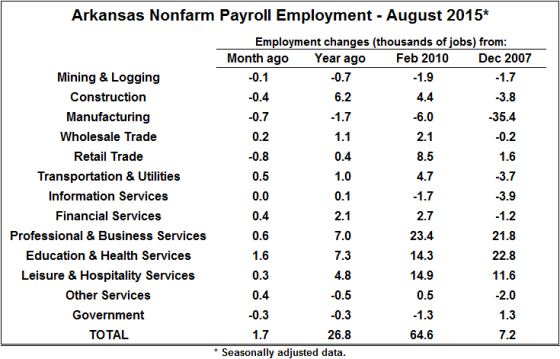 Compared to a year earlier, payroll employment in Arkansas is up 26,800.  Job gains over the past 12 months have been fairly broad-based, with the notable exception of Manufacturing.  In fact, Manufacturing employment is still 6,000 jobs lower than at the employment trough of February 2010, and down 35,400 since the onset of the 2008-09 recession.  Overall employment is now 7,200  (0.6%) above pre-recession levels. 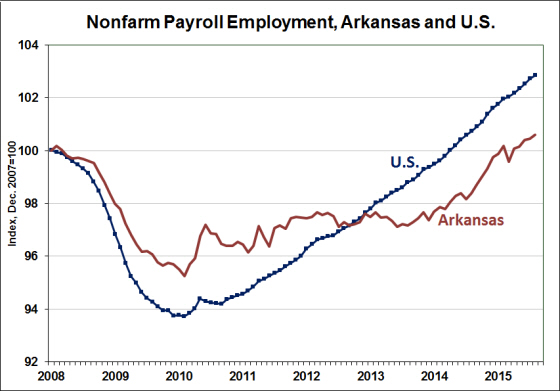