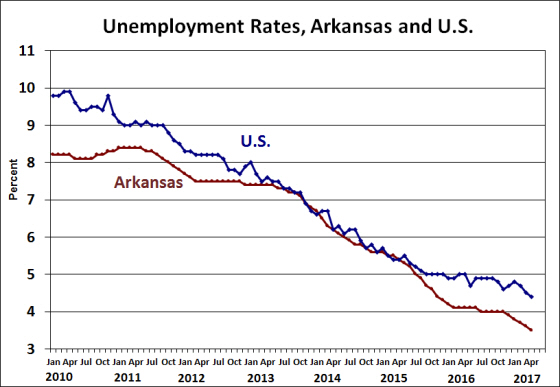 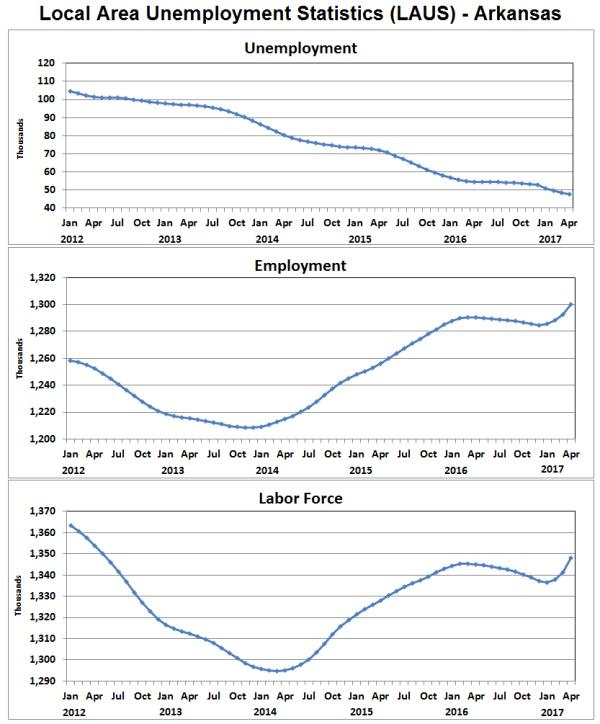 Payroll Employment
Nonfarm payroll employment was up 3,100 in April (seasonally adjusted).  Goods producing sectors added 1,200 jobs, with welcome increases in both Manufacturing and Construction.  Employment in service-providing sectors was up 1,900, with the largest gains coming in the Leisure and Hospitality Services.  Substantial increases were also reported in Transportation & Utilities, Professional & Business Services, and Education & Health Services. 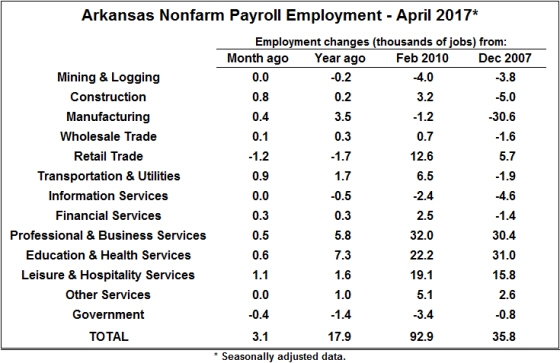