The comparatively rapid pace of house prices nationwide reflects a rebound effects in the areas where prices declined the most during the market crash of 2007-11.  As shown in the following figure, that pattern holds true for the metro areas that cover parts of Arkansas.  House prices declined by over 12% in Memphis and by nearly 20% in Fayetteville from 2007 to 2011.  Those two metro areas have also seen the most rapid home-price appreciation since 2012.  Having experienced little depreciation during the period of housing price declines, Jonesboro and Texarkana have seen the highest rates of cumulative price increase since 2007. 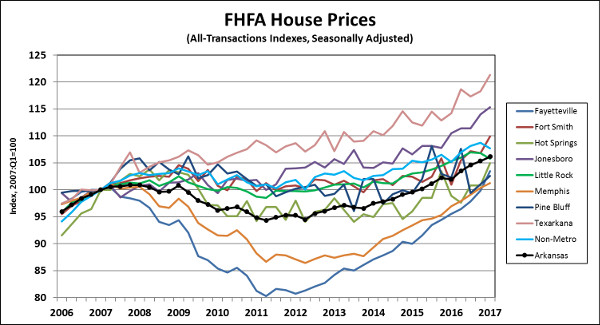 In the most recent quarter, house prices were up in all of Arkansas’ metro areas except Little Rock, where prices are reported to have fallen by 1.0%.  Prices were down over the quarter in non-metropolitan regions of he state.  Over the past year, prices have risen most rapidly in Fort Smith and Fayetteville, and have risen most slowly in Pine Bluff and Little Rock. 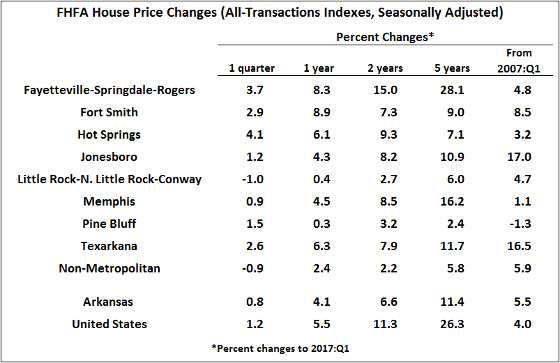