When the statewide data was released, we noted that June’s payroll survey indicated somewhat greater strength in labor markets than did the household survey.  The same is true of the metro area data.  Nonfarm payroll employment declined in four of the state’s MSAs, but  increased in three.   Hot Springs showed a particularly large drop in payroll employment in June.  However, this only partly offset substantial increases registered in April and May.  Compared to a year ago, employment in both Hot Springs and Texarkana are up more than one percent. 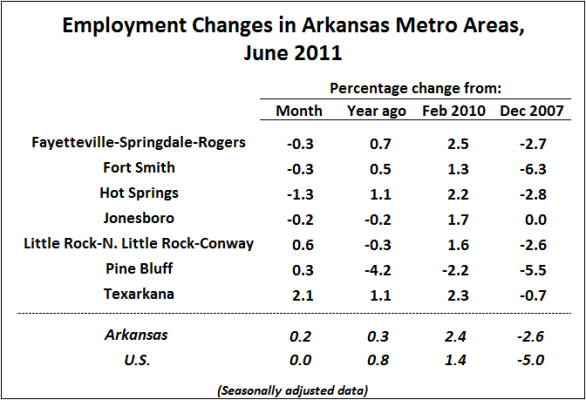